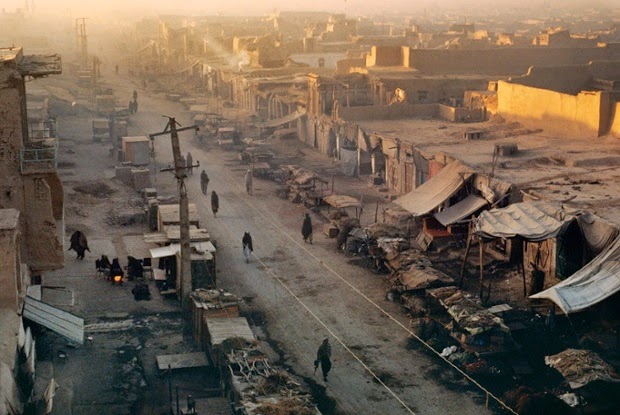 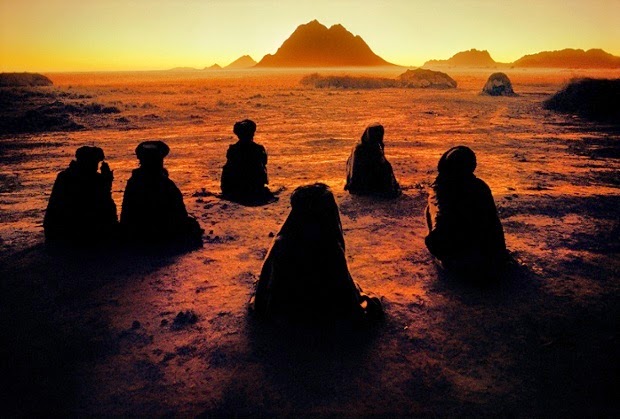 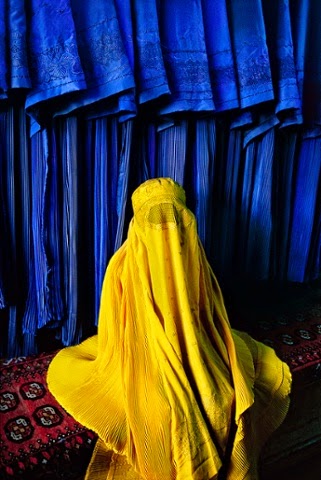 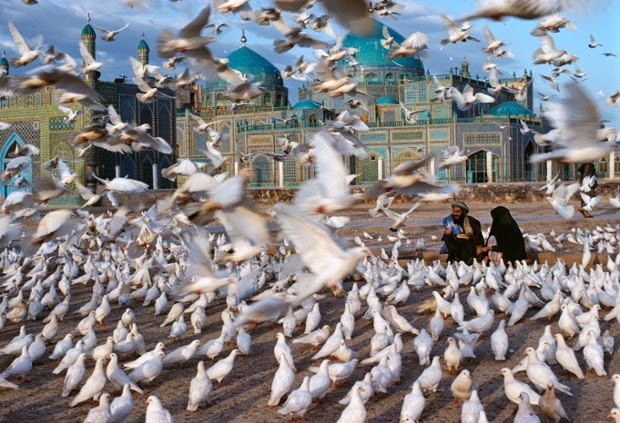 Afghanistan's spectacular beauty stuns most foreigners who visit primed to expect violence, suffering and terrible poverty, because that is mostly what gets on televisions and makes headlines.

It was not always that way. Before the decades of fighting that have ripped the country apart, it was a well-known if rather exotic stop on the 1960s tourist trail. Snowcapped mountains, relics from empires thousands of years old, deserts and lush valleys lured hippies in long-distance buses and richer visitors on the (Pan Am-owned) national airline.

Steve McCurry's photos, taken over many years, such as his iconic"Afghan girl" for National Geographic, capture both that beauty, and the waves of foreign and domestic battles that destroyed the people, their homes and much of the physical relics of their extraordinary history.

In one image a lone horse gallops past two pillars of rock at the Band-e Amir lakes. They seem like a mirage on first sight, vast bodies of perfectly blue water nestling several thousand metres above sea level in the heart of central Afghanistan's arid highlands. There is a shrine, and a few people come to bathe, but mostly there is the haunting emptiness captured by this picture.

A camel train heads slowly across a desert in a scene that could be a recreation of Afghanistan's days of greatest wealth and power, when it was a key section of the silk road to China and India.

McCurry captures the grim incongruity of brutal fighting playing out against such stunning backdrops. In one photo fighters perch on a rocky crag, gazing out into the distance. Without the guns, they could be mountain climbers. In another, two men walk through a quiet, snowy landscape. Only a closer look shows it is a sprawling graveyard.

He also shows the simple nastiness of so much conflict. Fighters jumping into trenches, a boy with a gun, a young girl harvesting the opium that has helped pay for the weapons, a building on fire, soldiers preparing for battle.

In between the fighting, and the landscapes, he captures the wonderful diversity of what everyday life Afghans have held on to through the years of violence – an empty street at dawn, an old photographer offering photos with an even older box camera, a religious festival where the bloodshed is voluntary as frenzied devotees whip themselves with chains, visitors swirling through the courtyard of a mosque.

The photos present an unusually rounded portrait of a spectacular country and its proud and resilient people, as well as the terrible suffering that too often has come to define Afghanistan.
Seen and read