A online version was later developed by William Navarro and David Macedo.

The part from what I am most proud about this project is resumed in one word: teamwork. The workload was distributed accordingly to th skills of each one of the team members, allowing them to dedicate effort to specific parts. While I was  checking the overall structure of the infographic, the pages show in all their splendor the patient work made by William Navarro in the 3d models that are rendered in full color and size in each spread. Now I remember that he was struggling each month, as the racing teams were changing the cars for almost every circuit and William and Karina had to check the structure of each car. When we started the project we thought of a car model as something defined from start to end at the beginning of the season, but with months passing we understood that each car was in fact, and evolving work of mechanical an aerodinamic development. The way we assembled this visualisation was very rudimentary as Karina and I made many of the tables, sometimes manually, sometimes in word o illustrator,manually before generating the graphics; no programming, no tableau, no d3.js., counting boringly how many drivers were there, how many cities per season and so on, who won which prizes when.  But the spirit is the same, and collecting the data and mining it is always the heavy lift part. After we finish many of the spreads , they were passed to the art director, Luis Chumpitaz, to make refinements as he had an overall view of the project work and to Lisa Reinisch for the introductory texts and spelling corrections.
We started the layouts saying one page per team and one page for timelines and history. For the page of timelines I did a linear one, but Luis insisted in another type of visualization. I browsed th web and the models that more impressed me were circular, so I decided to make the visual circulars,a s they would also provide a focus for the cemtral composition. This version was approved and we started to do it. From there we made the "60" years timeline. Luis wanted a meta message fro the graphic, and as I was struggling to make an extra sense beyod the structure of the timeline, I came with the idea of the 60 years of the F1, I placed two circles and then the ide acame to make one of them a six.
The way F1 cars are designed is exemplary for the many lessons it teaches about design decision-making and production processes,as well as continuous improvement. There is a compromise between speed and control  that requires a delicate balance. There is not one car model, but a continuous work in progress, borrowing from rivals, mixing and remixing structures, all changes inside the set of rules that are given by the F1 governing body.  What we see every time these machines perform, are processes being tested in public, a set of decisions put to trial, a decision making evaluated. 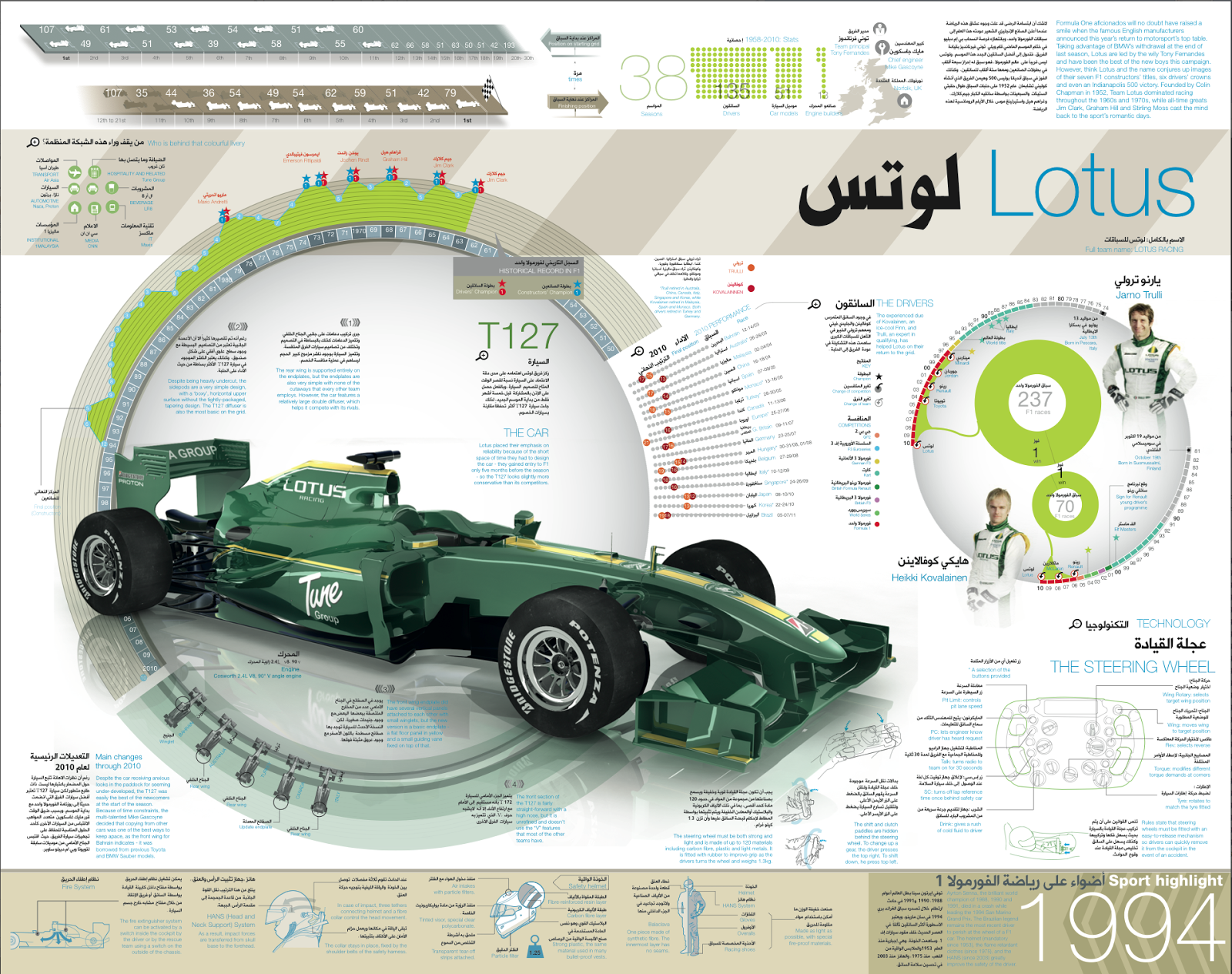 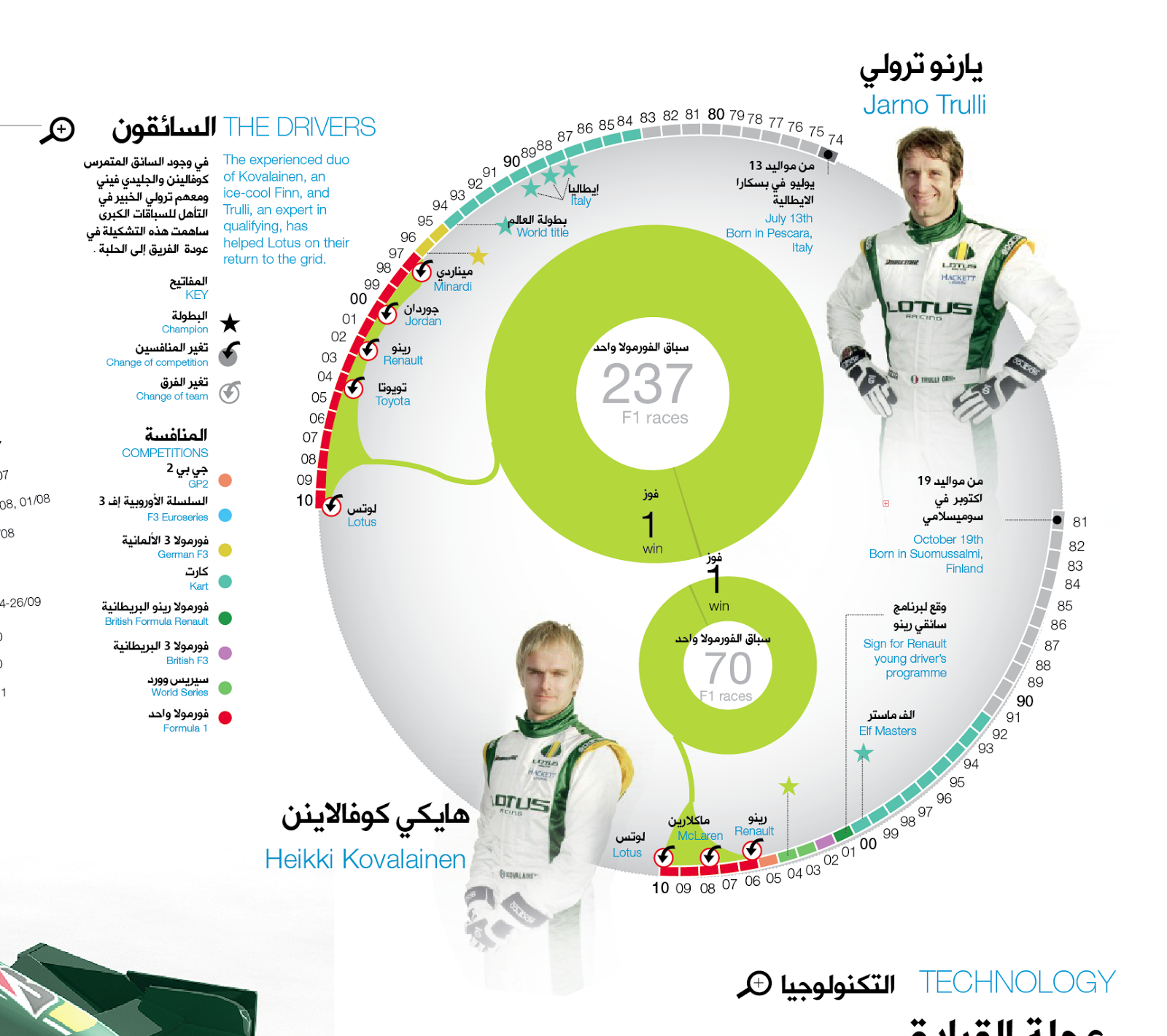 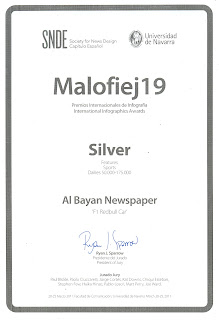 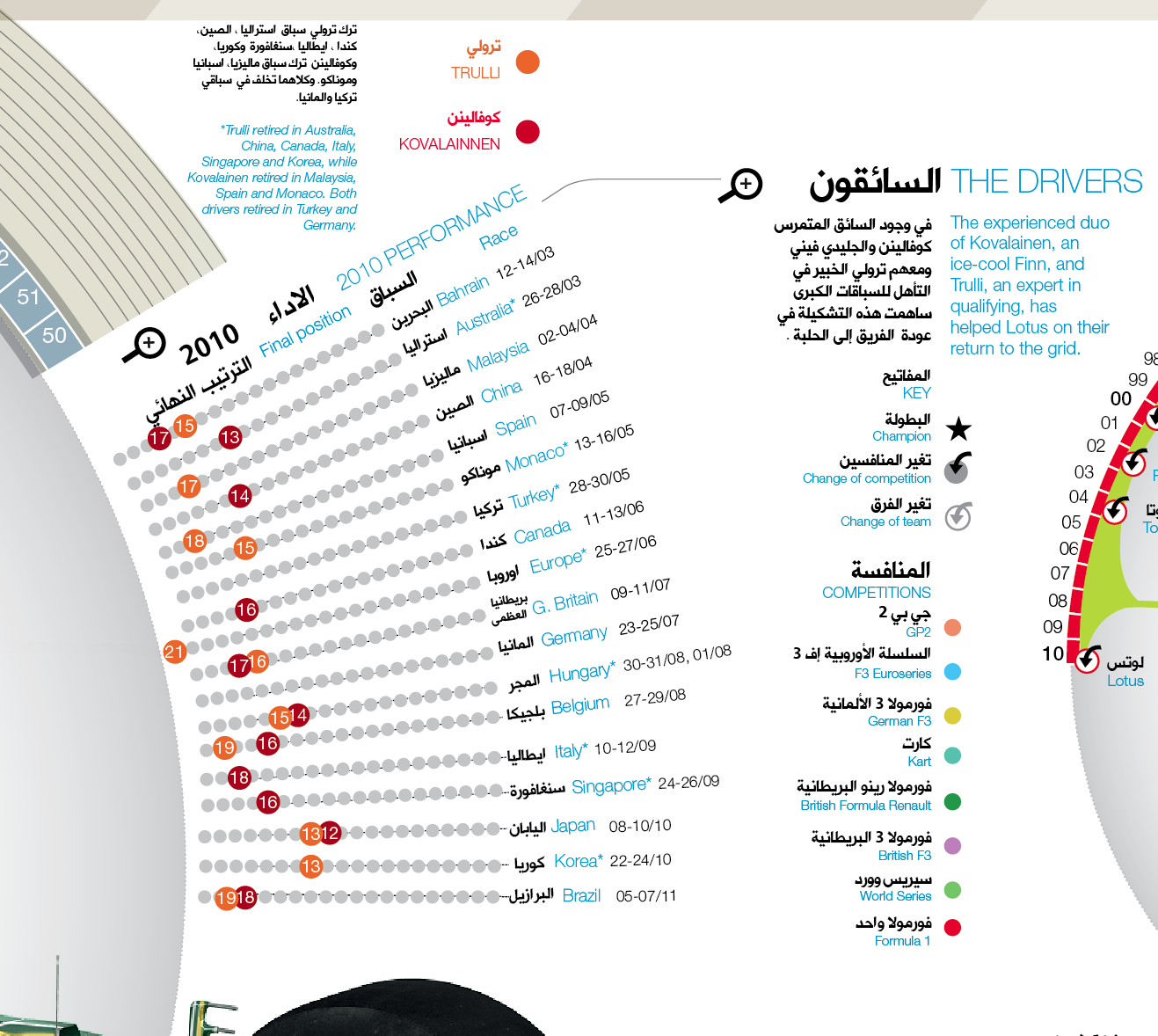 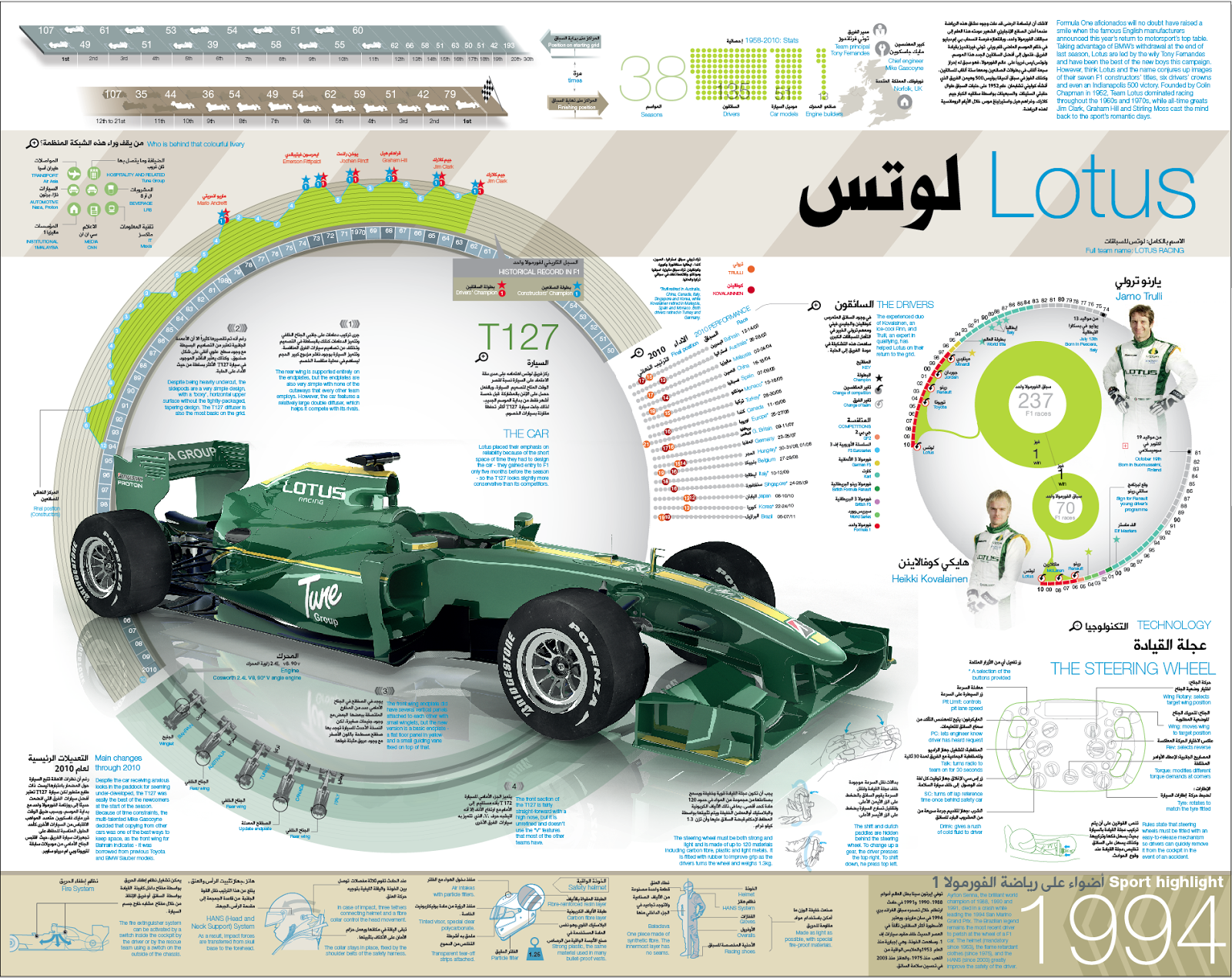 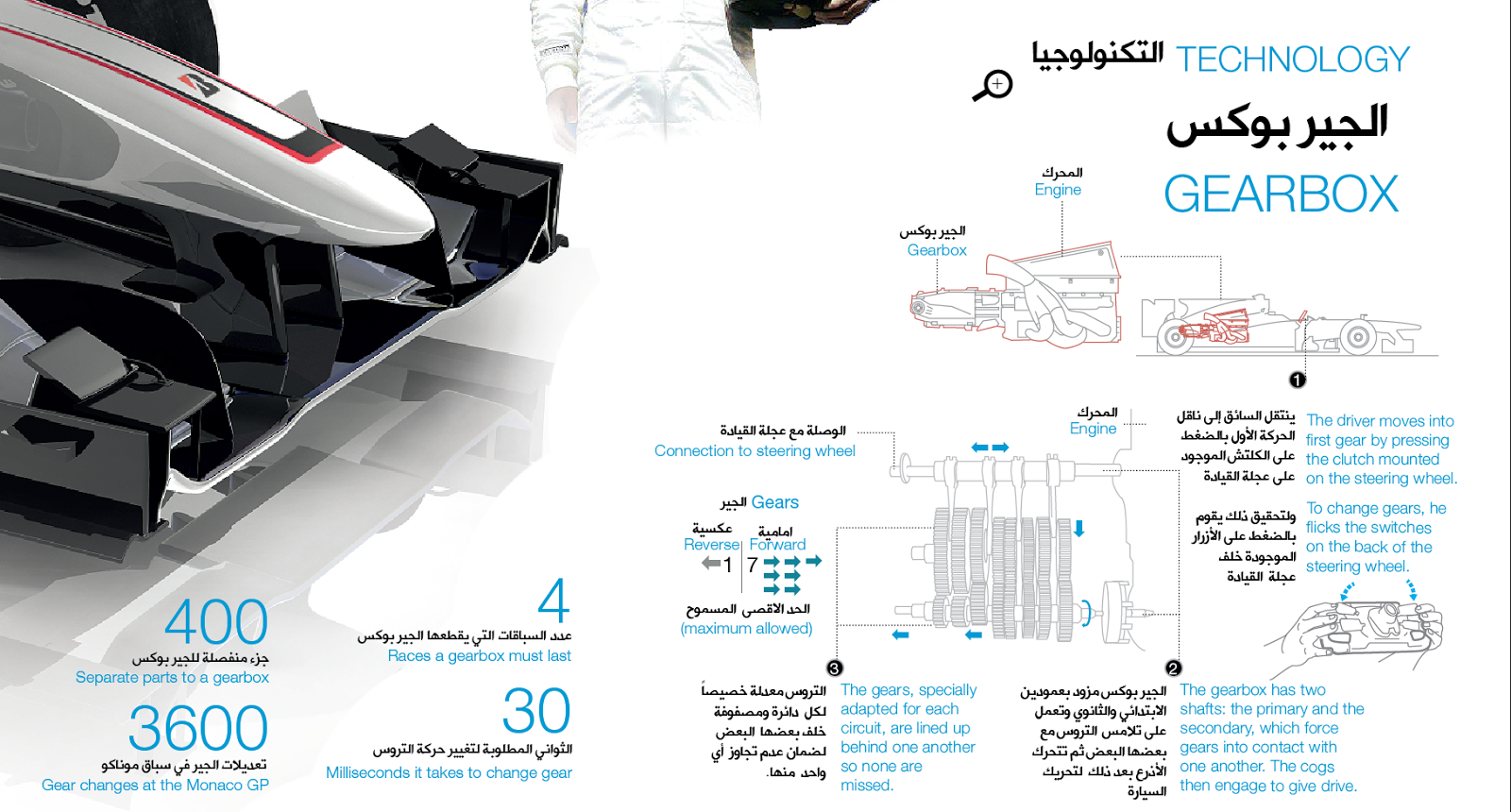 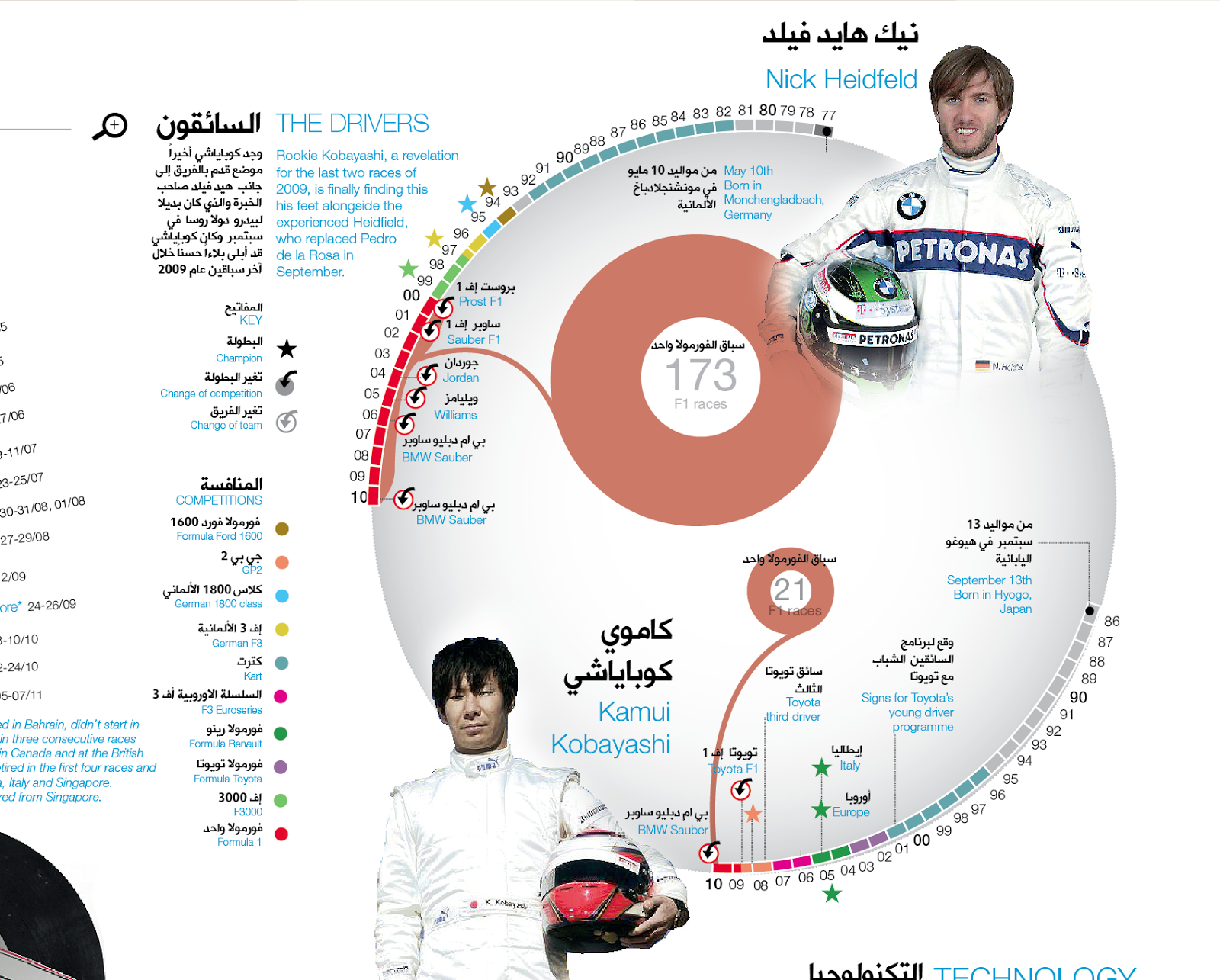 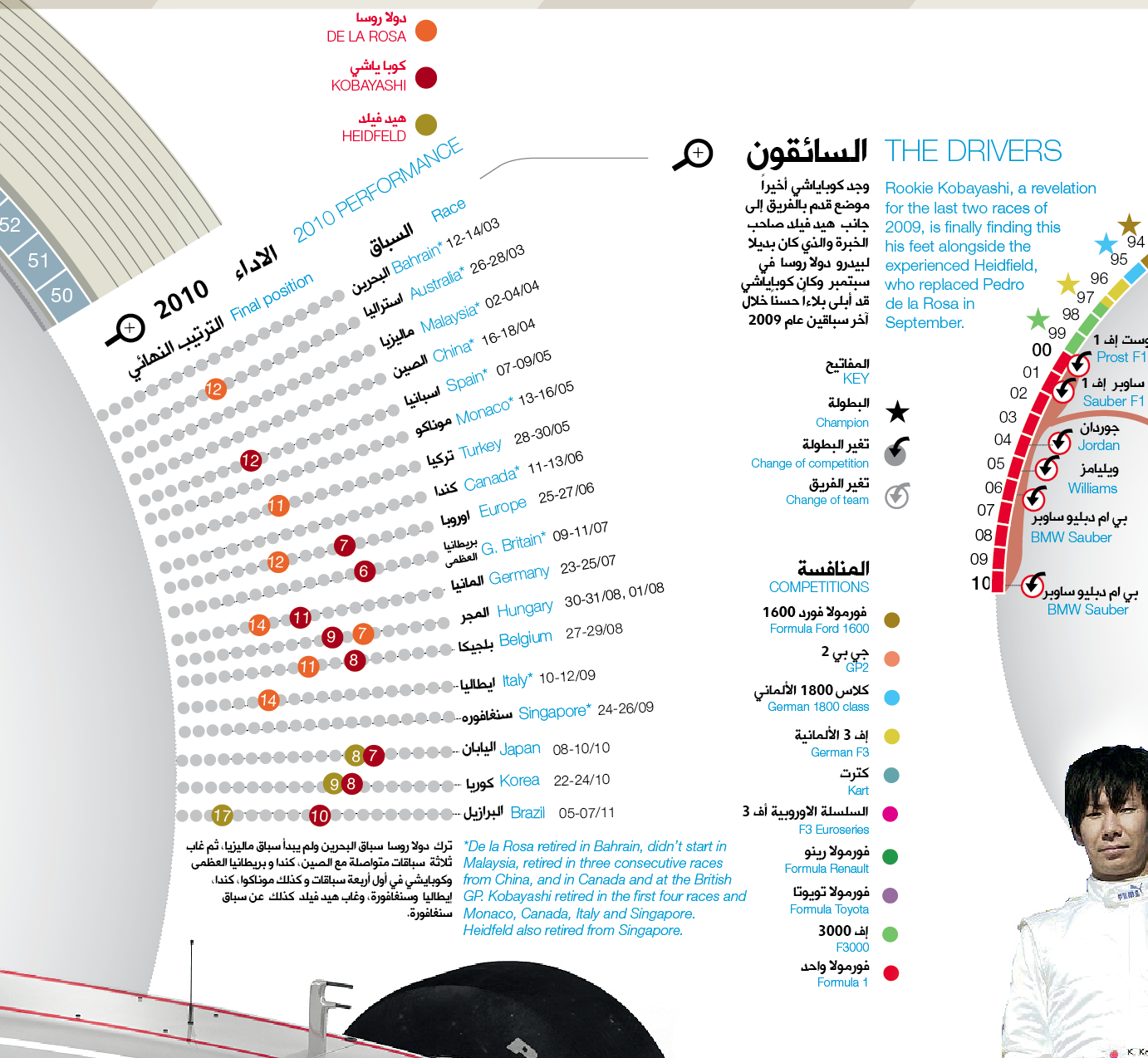 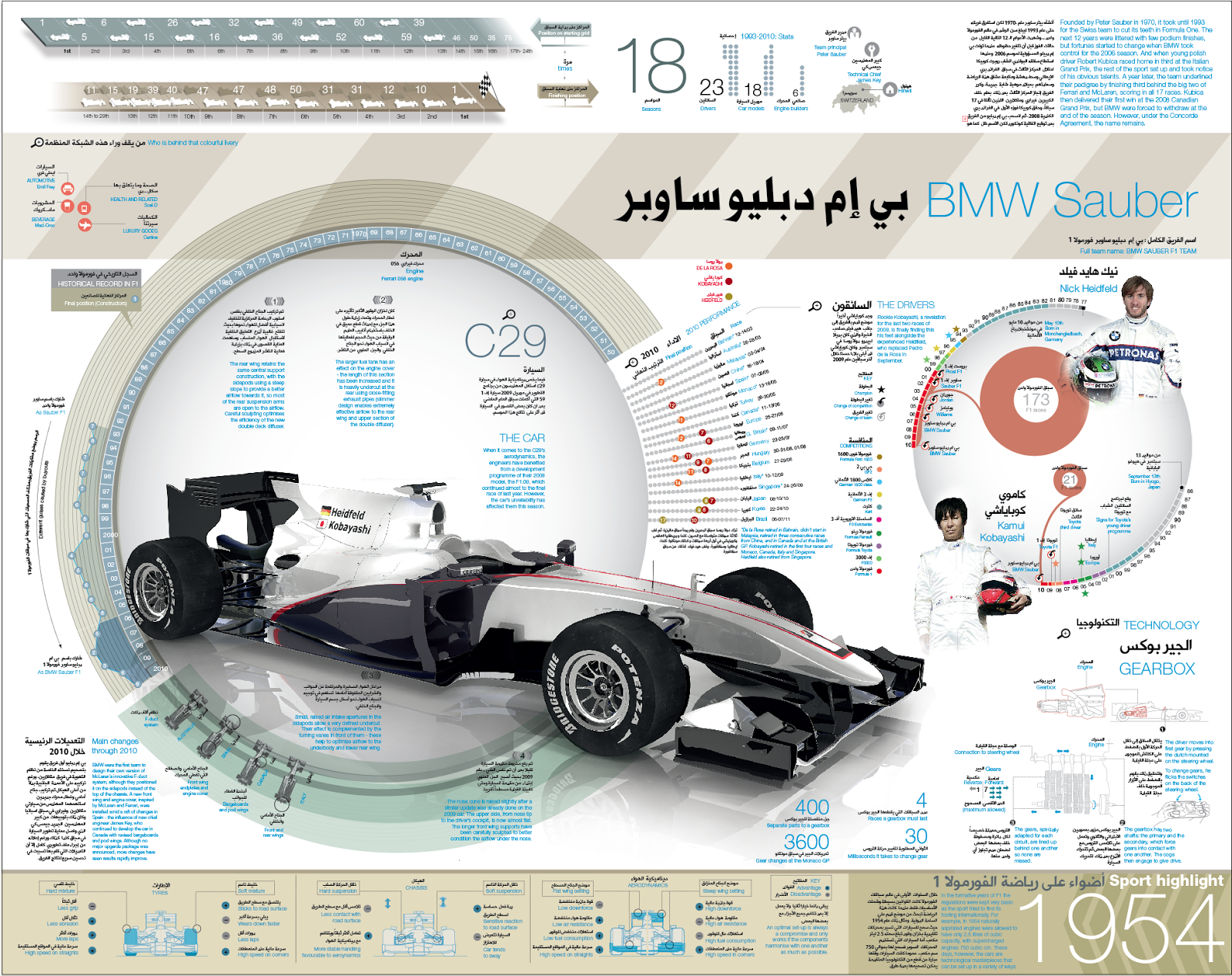 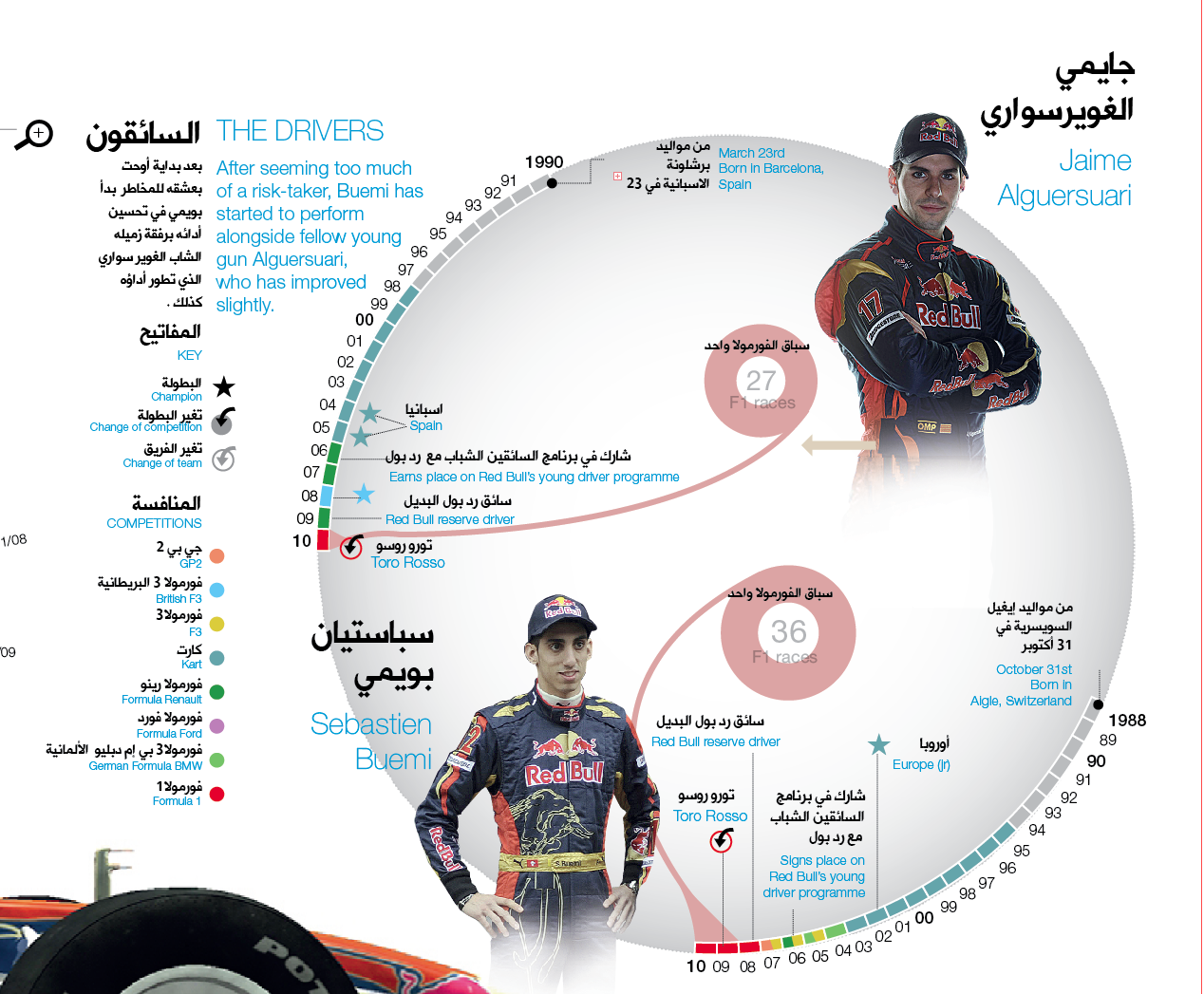 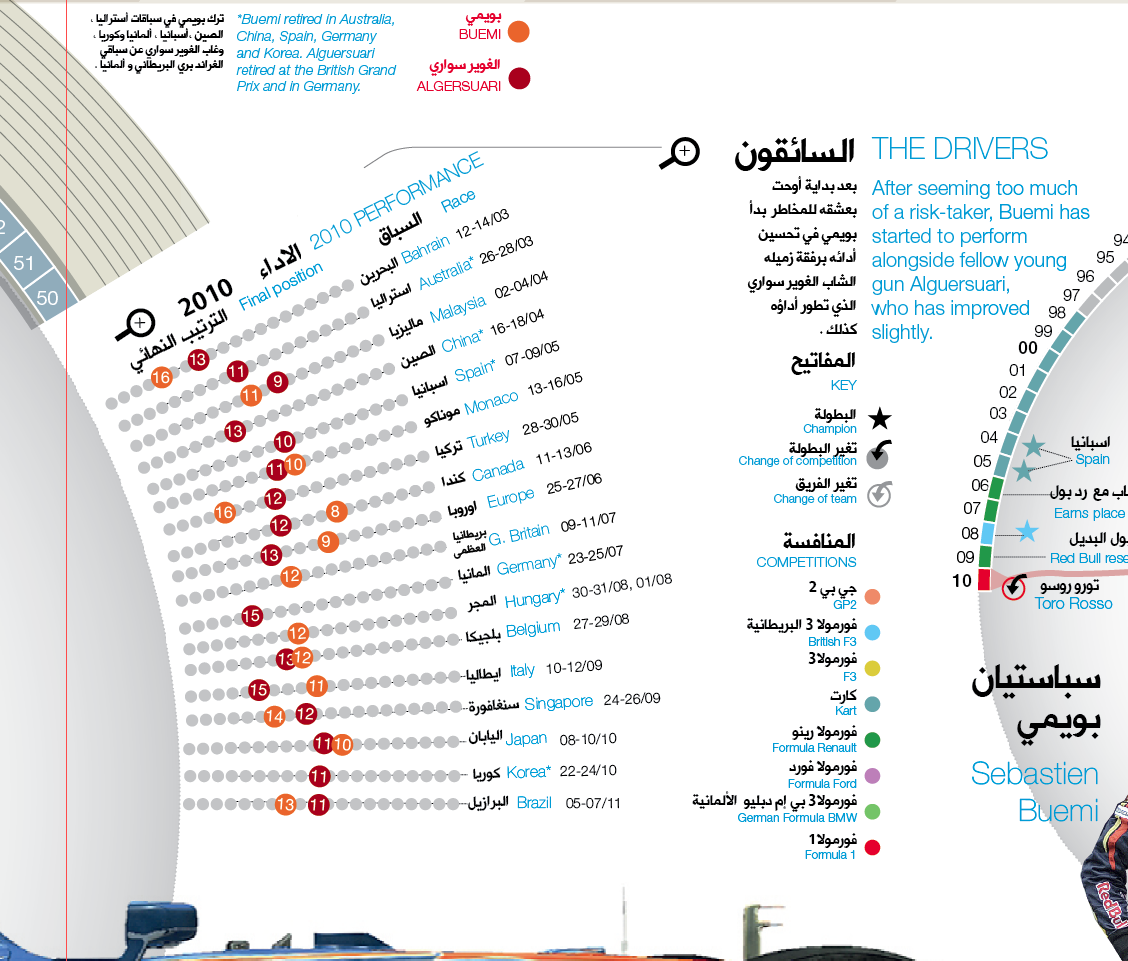 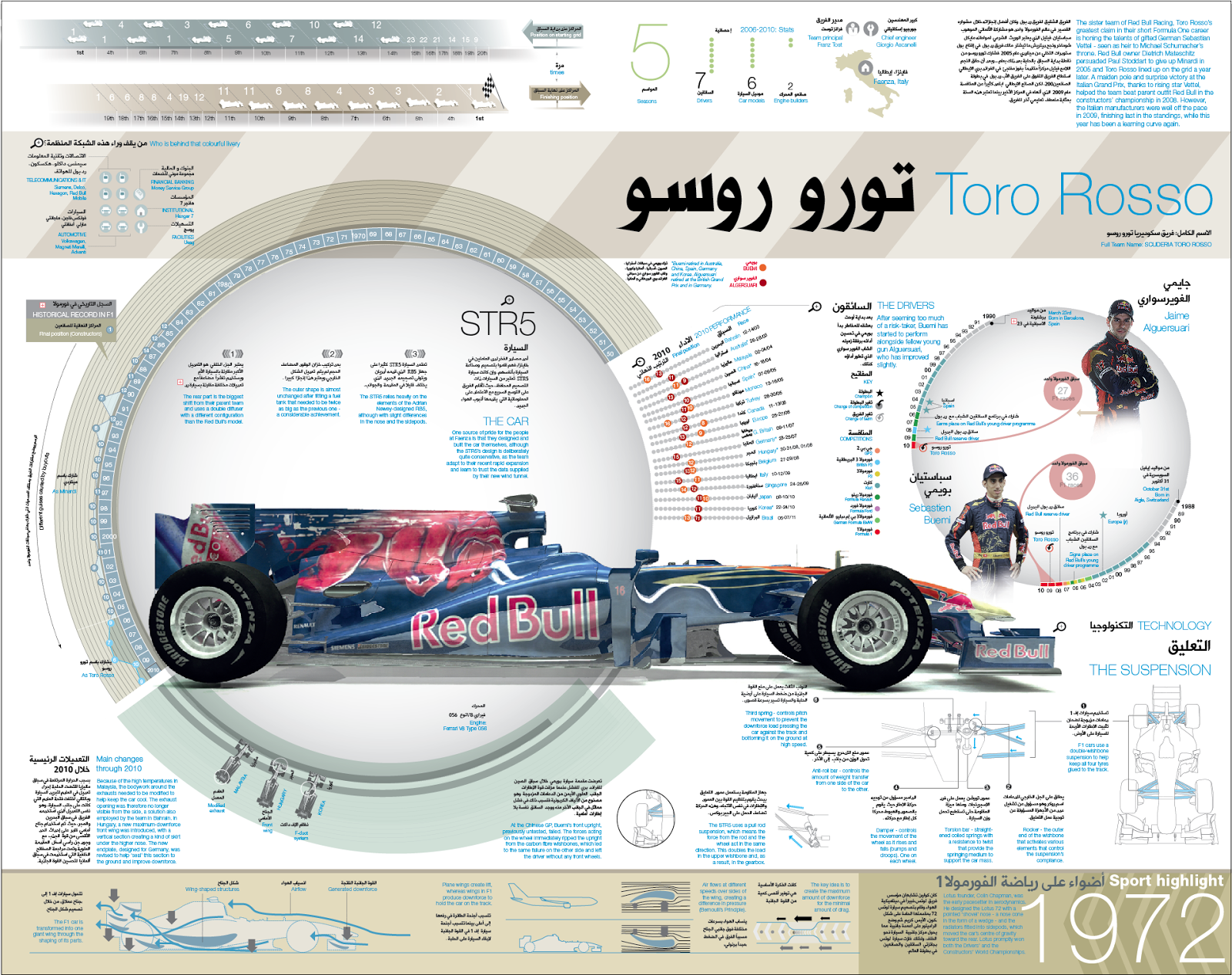 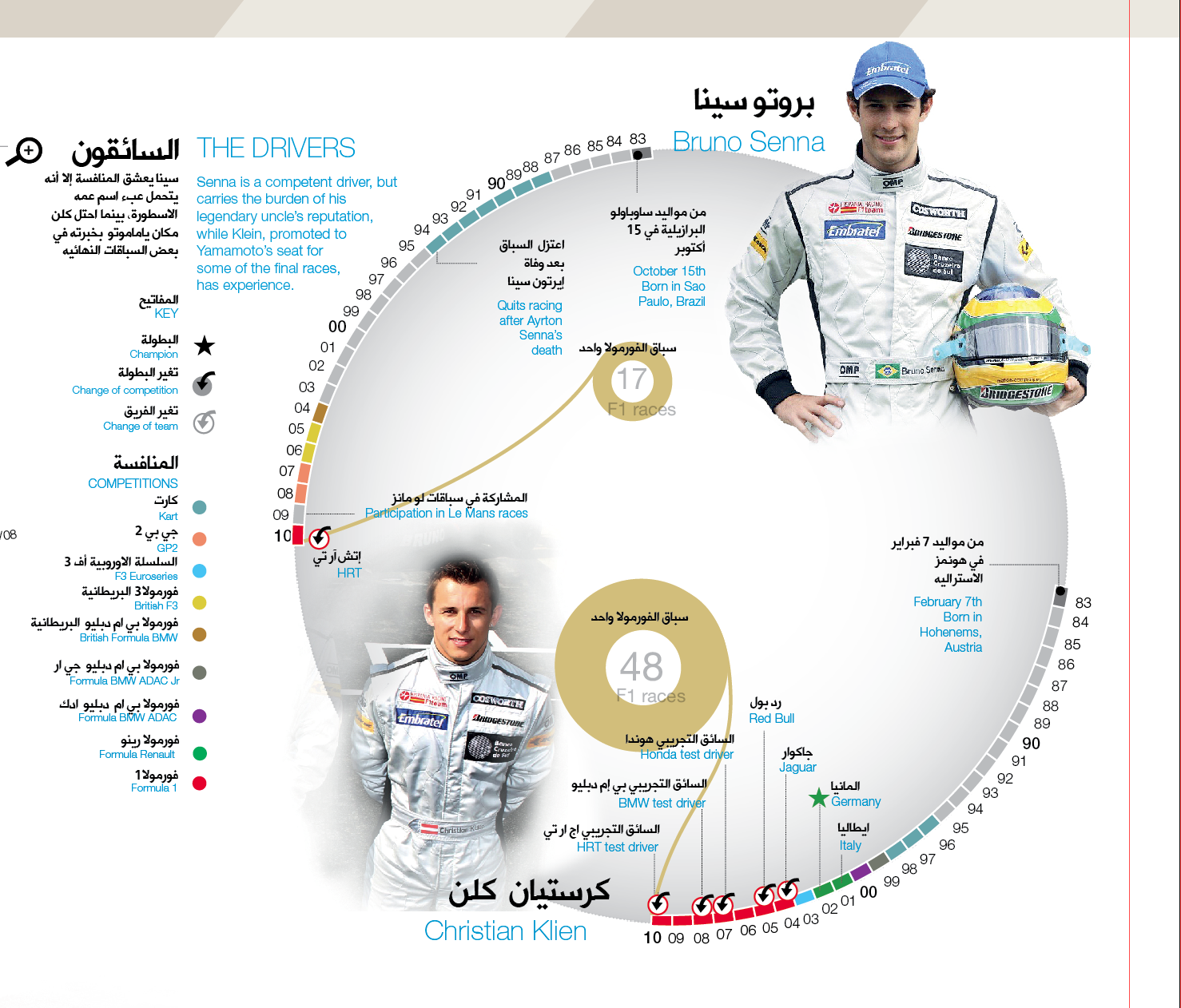 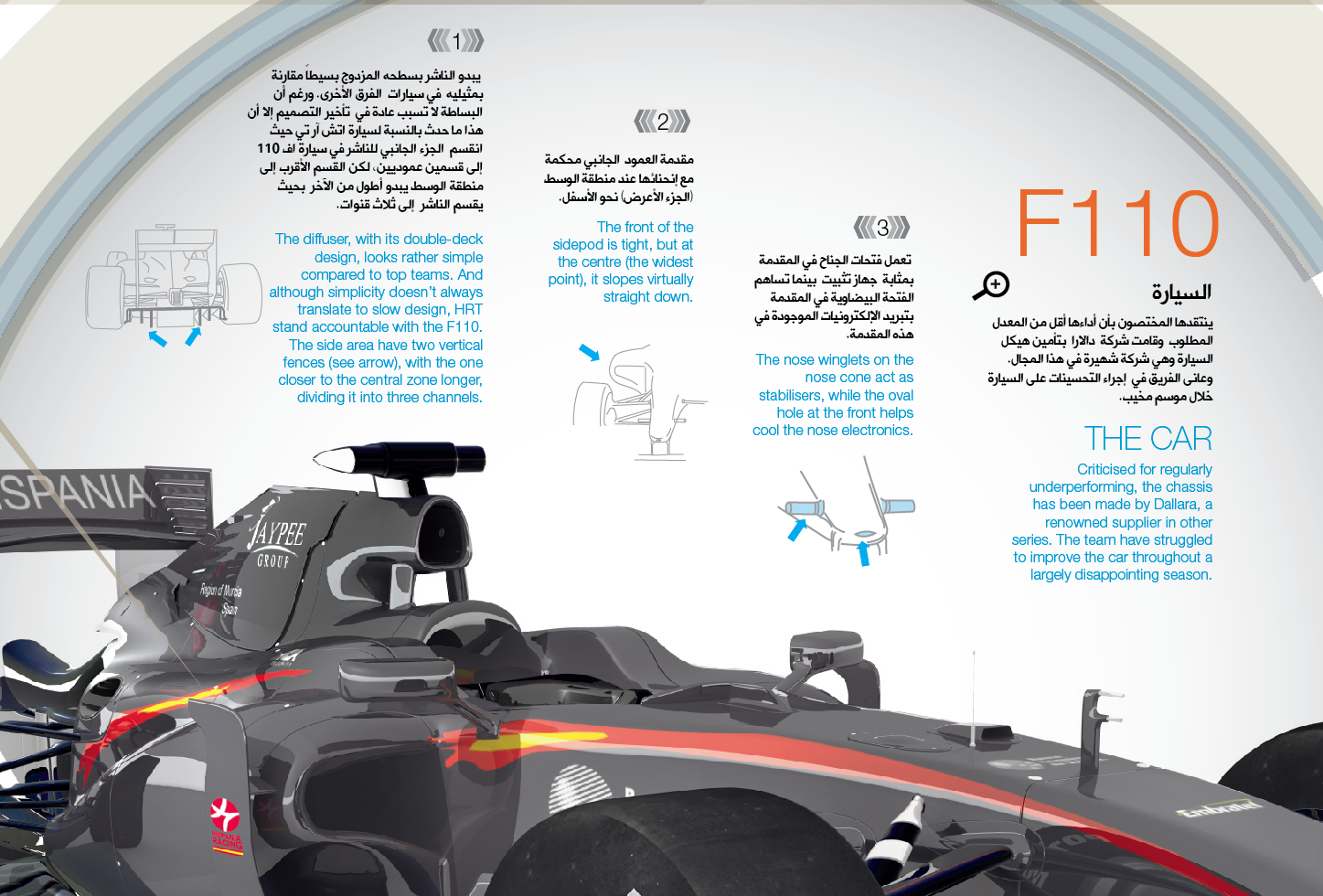 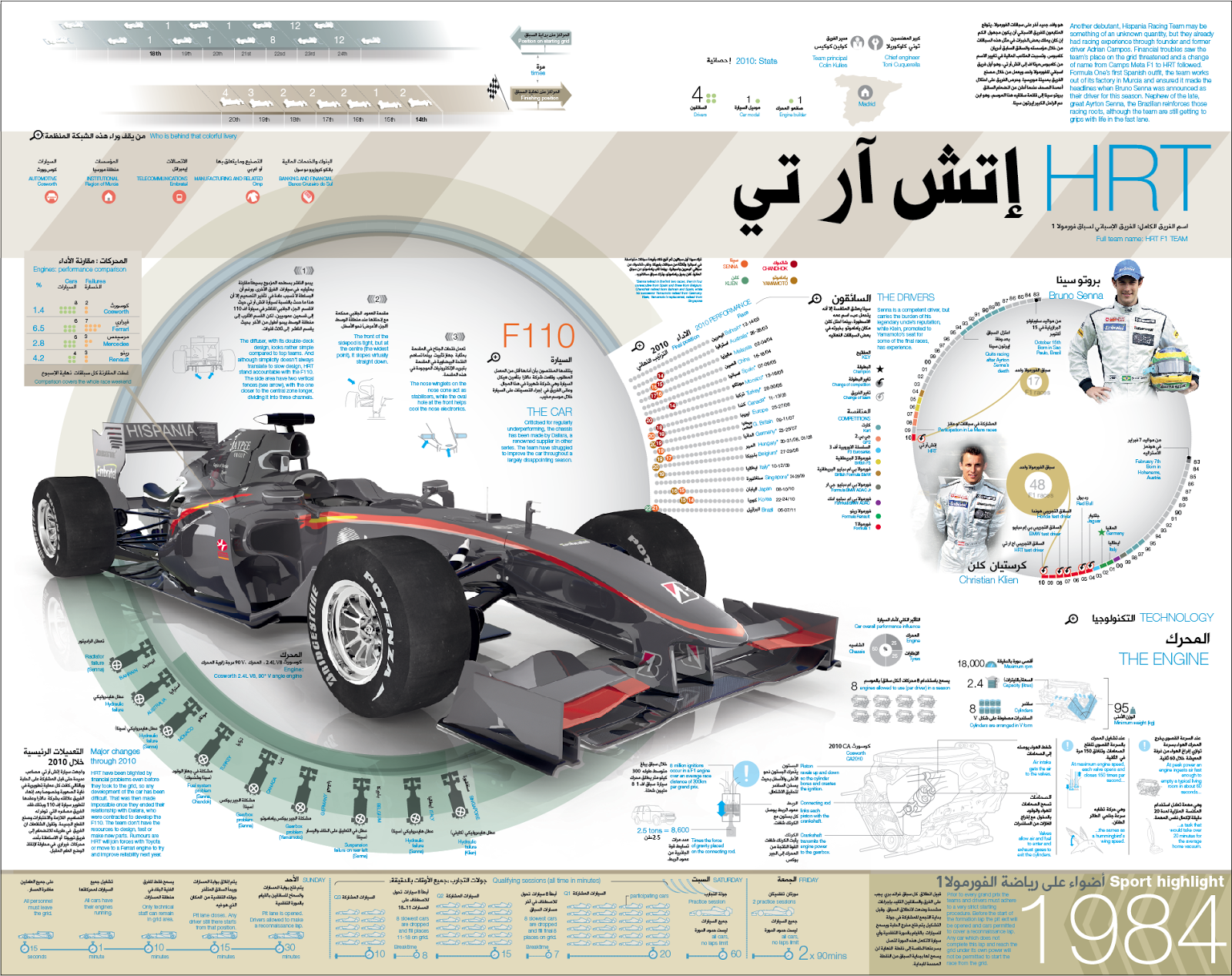 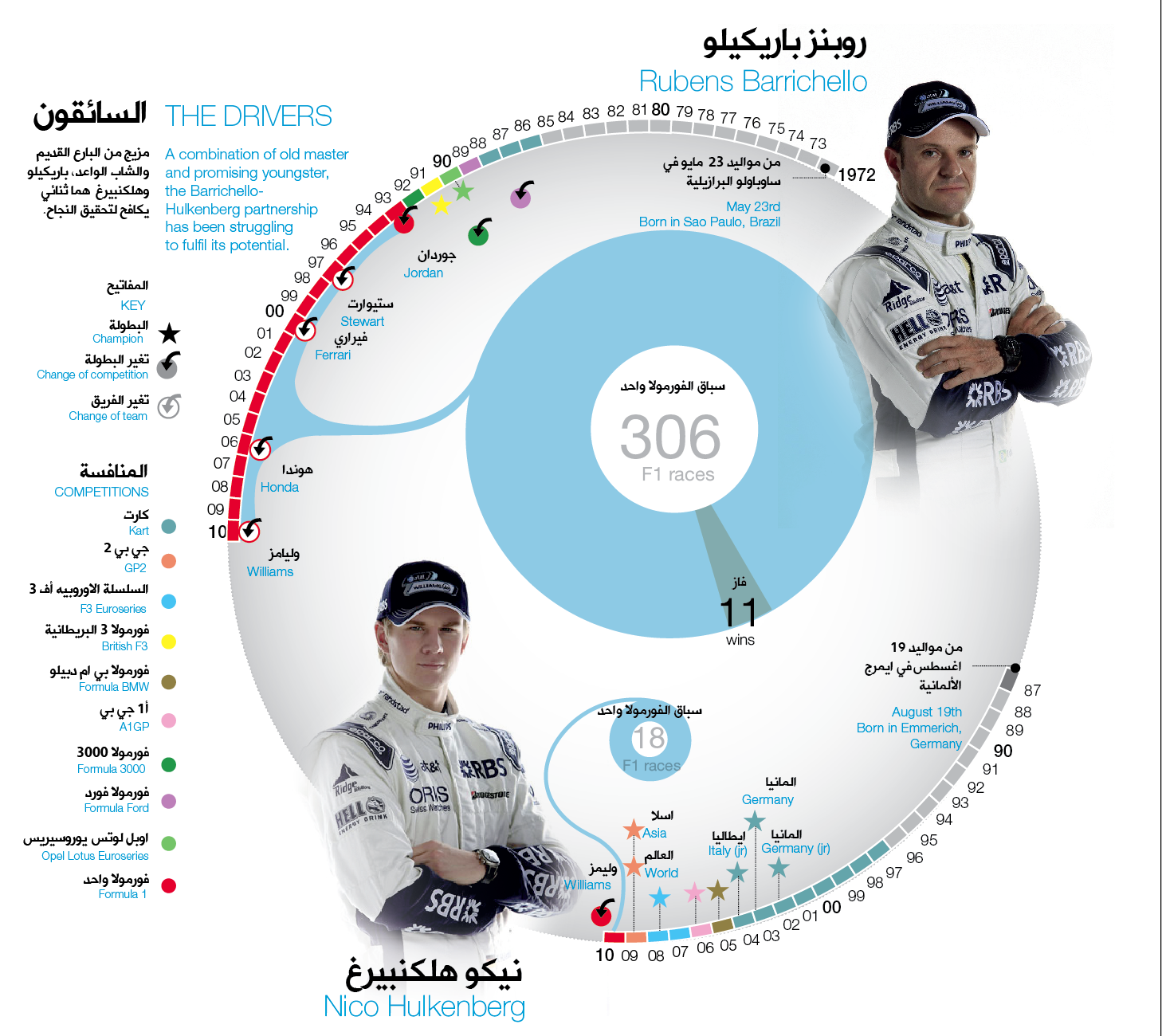 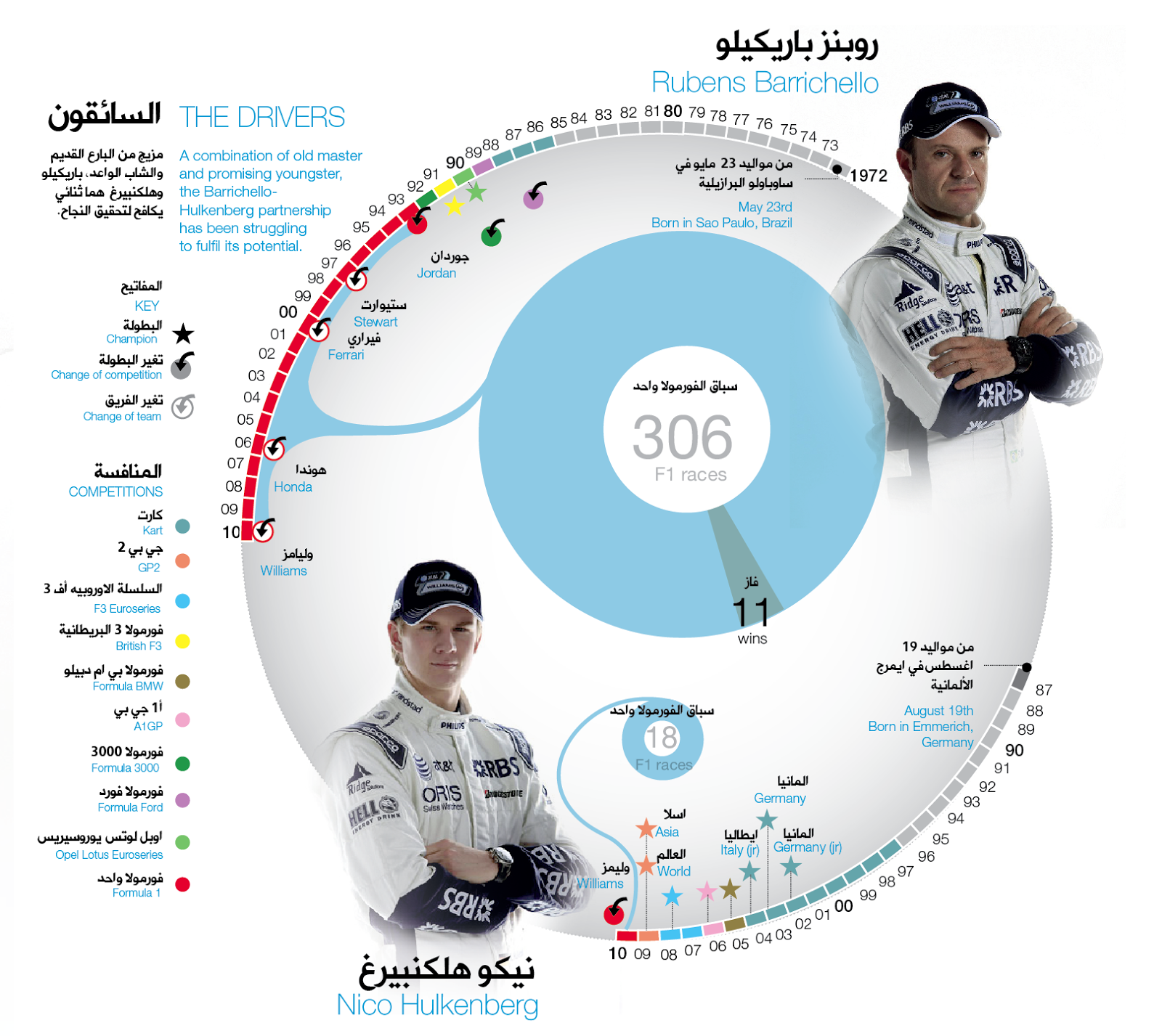 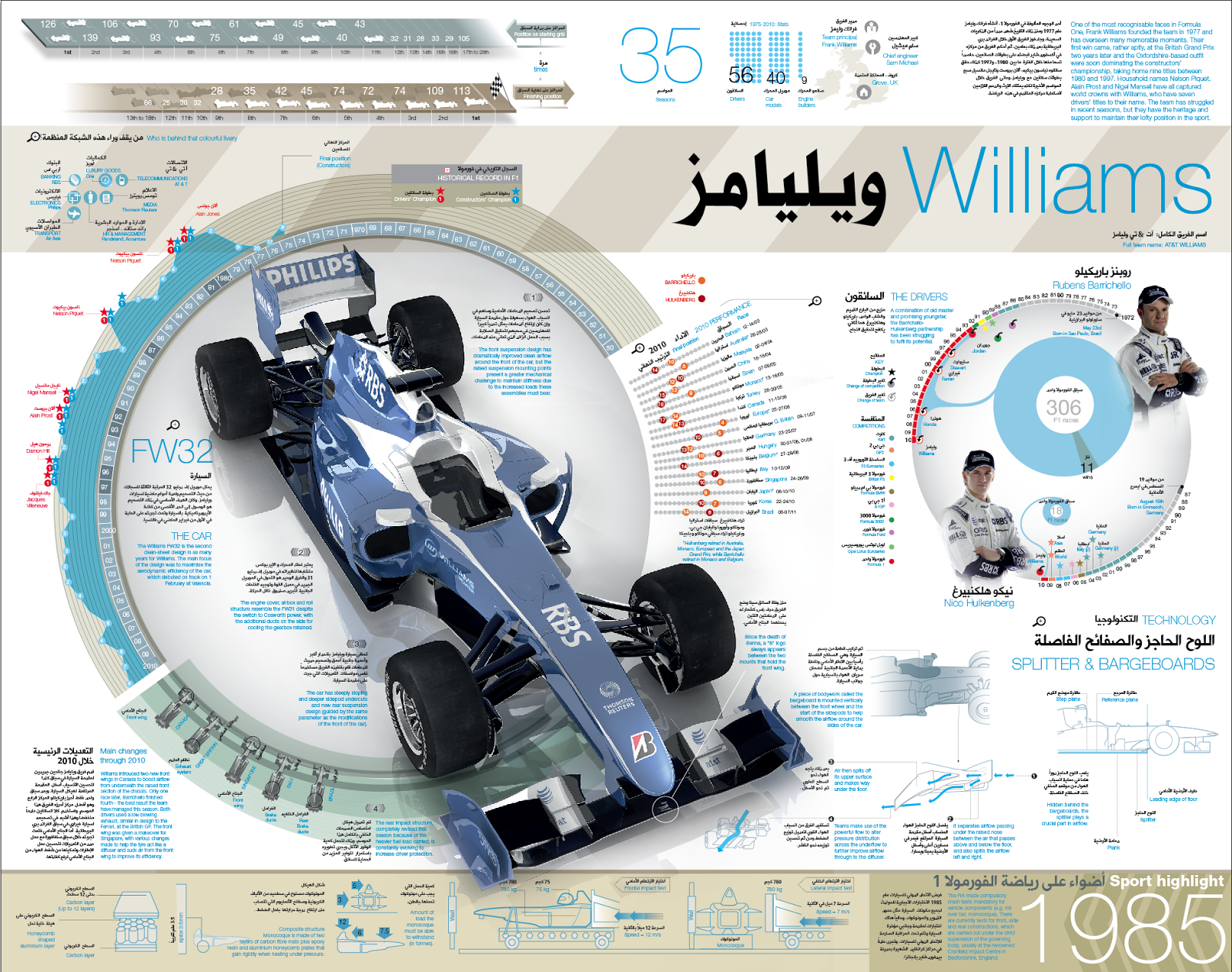 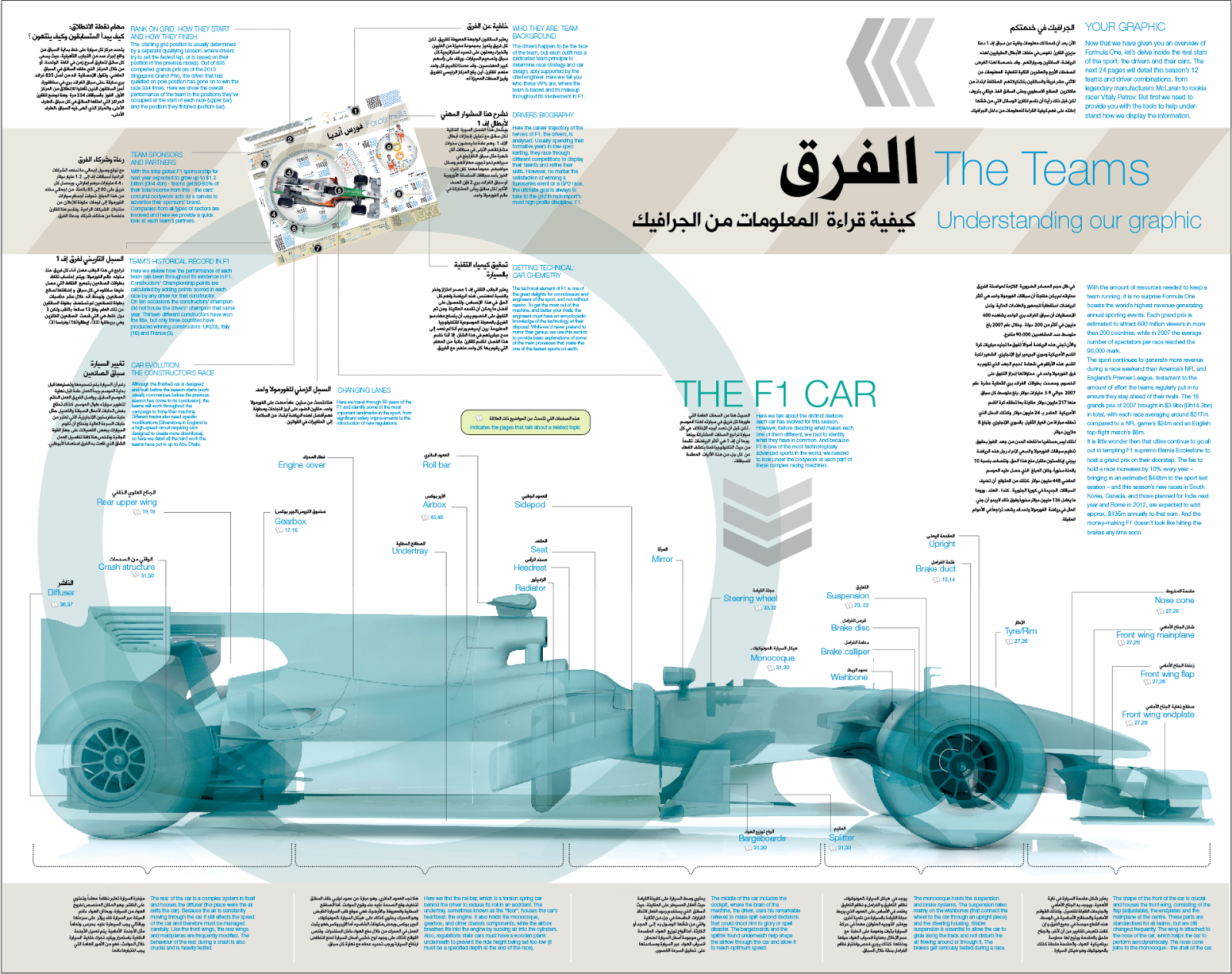 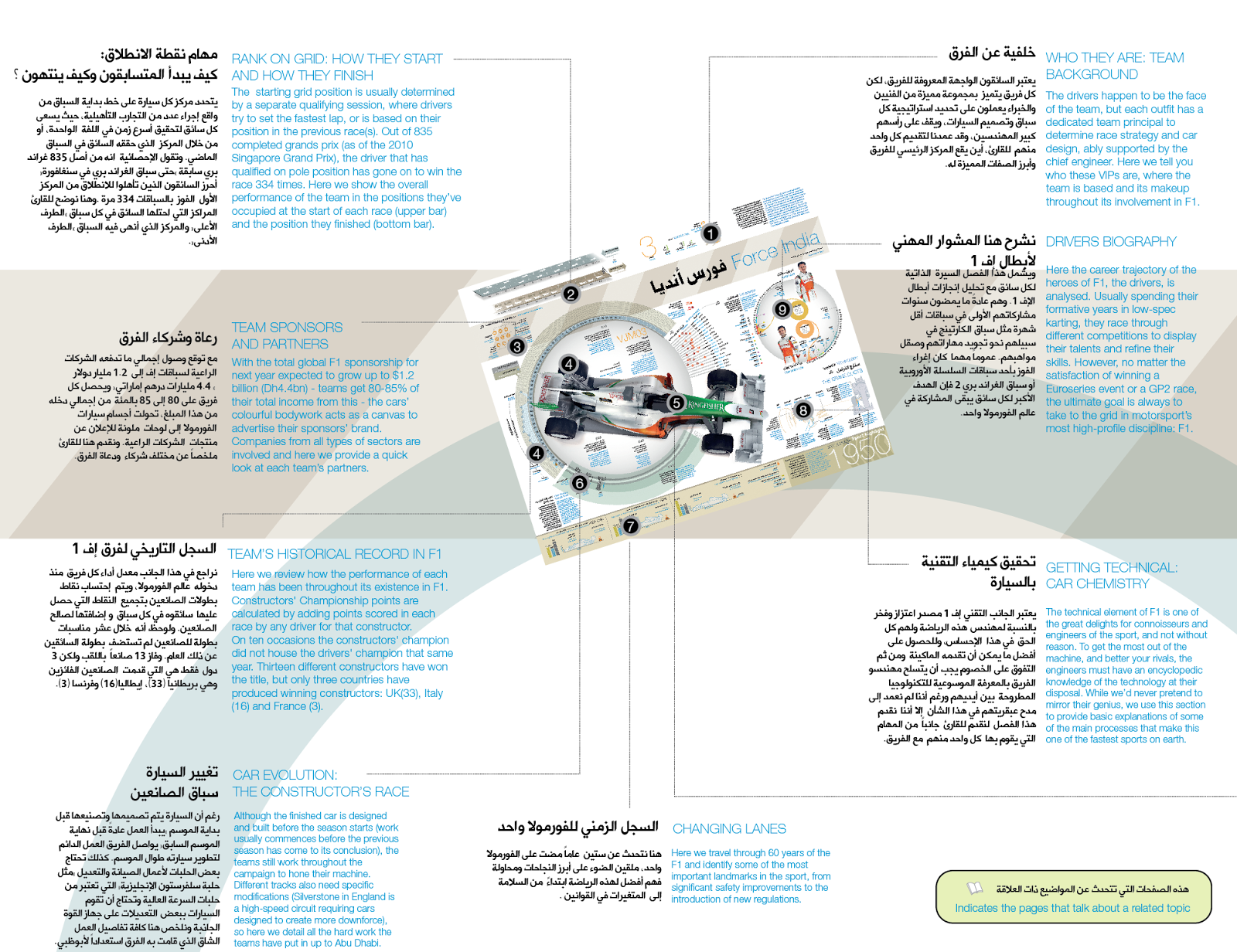