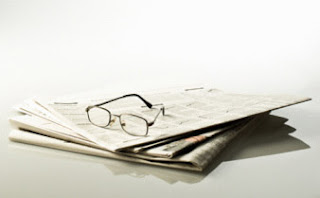 Codes. Encoding is usually used in movies for encrypting purposes, as something must be hidden or protected, but nevertheless somebody, somewhere, needs to have the key to its interpretation; otherwise it is useless and,of course,meaningless. But the most critical use of the code is, paradoxically, to facilitate the transmission of information, by altering or formatting information/data of different nature to be shared to a convention. It is then that code needs to be shared-or protected, and they need the network effect -maybe limited, maybe not- to be influential. It is this ability to unify content making it somehow homogeneous that gives code its power, like packing and unpacking your clothes so you can travel. Because encoded information can travel, move and flow more smoothly. And that marks the appeal of the code. Societies evaluate in practice the usefulness of the codes, and then adopt them. The codes had crucial importance in the development of civilisation, such as when writing appears in the records of the ruins of the first great empires to allow the laws of the land to be engraved in stones of clay tablets, for all to see.

But how much can you extend the reach of a convention? Besides language and writing, I want to call the attention to two other codes: money and binary codes. Both have a protean quality to transform and be transformed into multiple and different things, translating the value or information from one shape to another. Money does this through the device of currency, in its different shapes, while the binary code does this through electronic 0s and 1s. You can exchange the value of bananas for silks or capture an image through a sensor and print it in your t-shirt.

Significant part of the disruptive power of the digital revolution has rested in this capacity for metamorphic fluidity expanding for every side of our daily life, and besides its capacity to permeate any media and format, it gave technology a north, a path to follow in its race to evolve to a more complex dynamic, which these days go in its more advanced expressions, beyond the comprehension of even its creators.

Money is the biggest story ever told, according to the historian converted in analyst of the future, Yuri Noah Harari, a kind of myth and shared story that allowed agreements among societies to make possible the coexistence of their members. And as any code need a key, the code for the value of things needed one as devices are needed for such understanding. Coins were minted for such purpose, warranting the access to the value of diverse objects, goods and commodities to be passed through the code and be transformed at will, given the rules were followed. In the same way, a pact among Hittites and Egyptians needed two copies legible for each one of them in tablets, and a social contract needs a device to be tangible for all the signatories; tangibility is important for us to access the codes, as Daniel Arely has demonstrated in experiments about savings in African villages.

Most of the art expressions imply a moment of make-believe, a moment of suspended belief where we acquiesce the convention to enter a new reality, which, we assume, speak to us about thoughts, meanings and emotions through expressions adjusted to be perceived by our perception. That is how dark and light strokes on a flat surface could suggest either a volume or space. and in believing this constructs, we are allowed to enter the meaning contained in the works of art, access to the ideas of their creators. Thanks to our perceptions.

If art works with our perception, money work with the value we put to daily objects and the binary code with the data we create. Art and money are still at a level of conventionality to which the binary code is still arriving. And now both have arrived to a level of abstraction and complexity that makes them, to the yes of the layman, basically incomprensible. Maybe because of that, shouldn't be a surprise that the merging of both is so successful in the current days, as art is among the most stable investment in the global market. 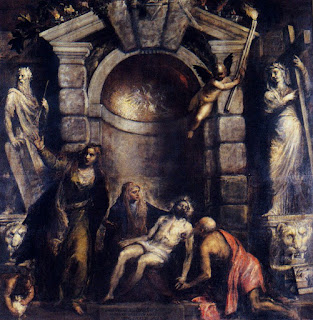 The last, incomplete work of Titian hangs in the walls of la Galleria dell'Accademia in Venice, in a relatively narrow corridor that makes it more confrontational, more direct if you will. The bold brushstrokes that were not meant to be that near to us.
The loneliness of the Pieta. The incomplete, interrupted condition of the painting is while not intentional in this case, very near to the bold brushstroke style of the late Titian. Titian is that aspect has more proximity to Tintoretto than to Veronese.
The beauty of the colours in the Venetian paintings of this trio is really musical.
The truth is, the image, the first time I saw it in the last page of a book about Titian, wasn’t much of a thrill; the composition, the proportion of the portal to the figures, the movement of the latter, all of this when compared to other works of the artist.
Along the years, while my appreciation for work was growing conforming I was learning more and more about his work, the imag…