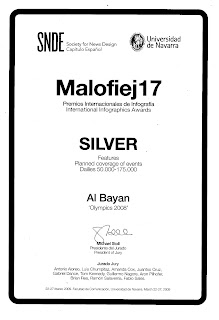 Composed by 36 pages about the olympic sports. They can be assembled like a big poster.
This project was led in concept and art direction by Luis Chumpitaz, the chief director of our section. Even now I barely believe how he arrived one day, in the late afternoon to my cubicle with a paper sheet in his hands, just an A4 size, printed with a white rectangleof black border, divided in 36 parts, and saying, "I got an idea, a great idea". I looked the paper, stare at him and looked the paper back. What could be that?. The he started to explain with flourished detail what he had in mind, and I bougth it. Actually, when he finished the explanation, I was delighted, excited and joyous. The 36 illustrations that had to be made for the project certainly were a refreshing air that would take me away from the pace of the daily edition of the newsroom. Not that it was going to be easy, but, who that likes illustration is not going to relish an opportunity to create a series of works, full size, to entertain in the amazing contortions of the human body.
But then, there were some challenges, as how to work each individual figures as well as giving the overall view an impact strong enough to justify the image. Luis's idea was to form an olympic flag, and we should make the rings merge with the overall image. We made it using some tea, filtered in water. The result was good as the shape was not necessarily flat, but full of variation of tones and shapes while maintaining the overall resemblance to a ring.
In each one of the images I collect a lot of pictures for reference, some were really astonishing, full of the beauty of the human body in full expression. Form that, I have not much to tell that can not be  assumed by anyone who appreciates the process of drawing and colouring, chosing the  pose to indicate a movement or action, chosing the light and the shadows although by the end of the deadline my wrist was suffering a little. I decided to use charcoal in a big sketch provided by Luis, working under the lamp I had in my space. I  still have some of the drawings at home. While I was busy with the illustrations, Luis was taking charge of the infographic and the file preparation, dividing so they can be assembled later smoothly. After that, I started digitalising all the images and merging with the ring images, which was another point of careful work. After that I send the images to Luis to place with the work he has done with the vector graphics, so he can send me the final pages to also work  in the style of some of the visual explanations surrounding the main illustration. With the deadline over us, I finish it and handle the file back to Luis so he can manage the translation side of it and organize with the Al Bayan team the publication of the supplement, which was on stands the very same day of my birthday, 8 of august, what a gift to myself!!.
Happily, many viewers appreciated the effort put in the work and it was awarded a silver medal in the Malofiej Awards, back in 2009. Probably they still have the big copy sent to apply. 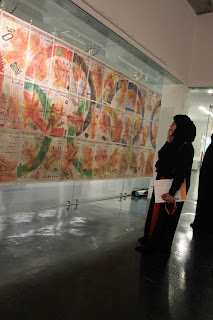 This is how it looked meanwhile we were assembling it... 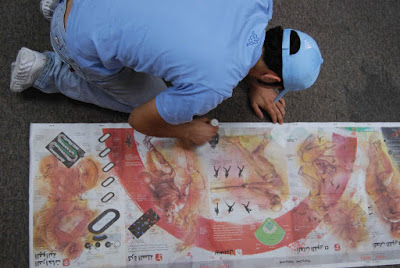 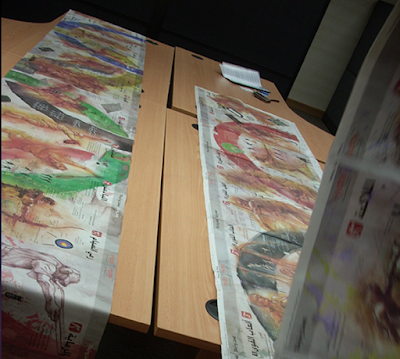 And this is how it looked when all the pages were pasted together... 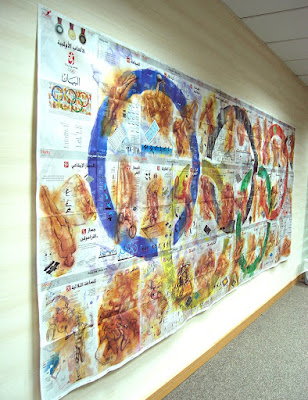 And these are details of the illustrations... 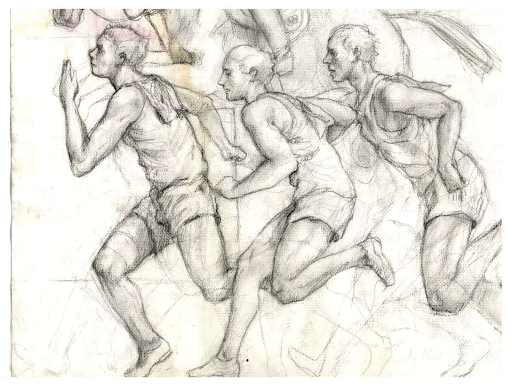 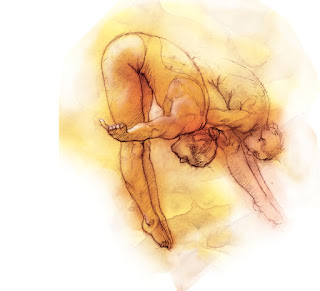 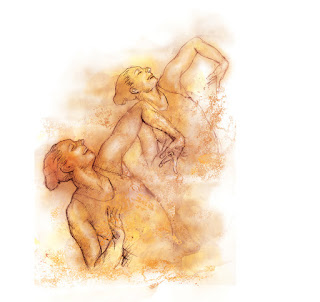 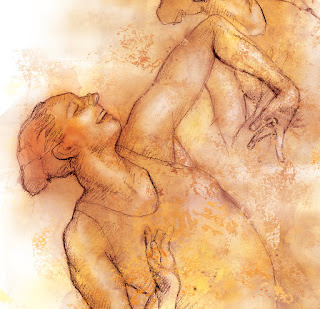 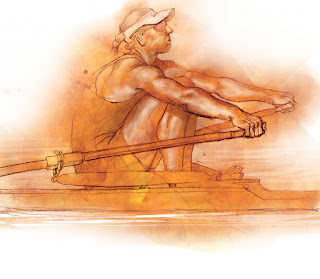 And the finished layouts 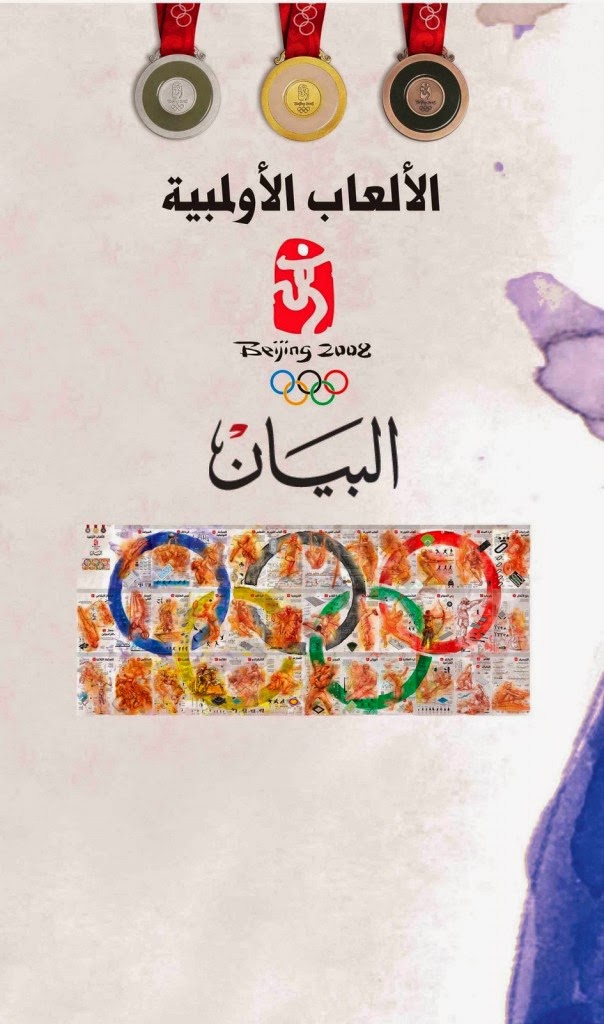 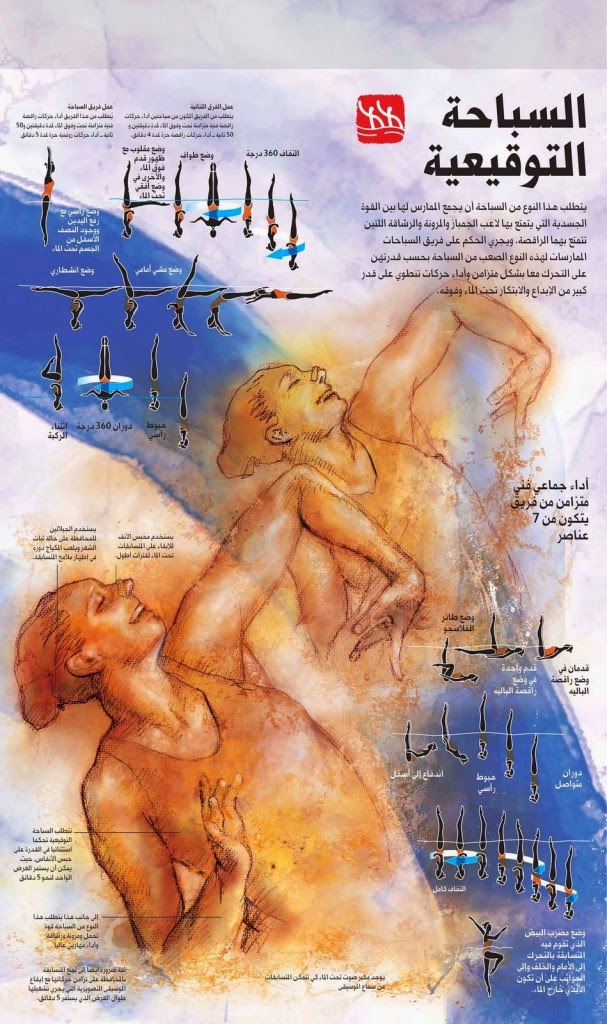 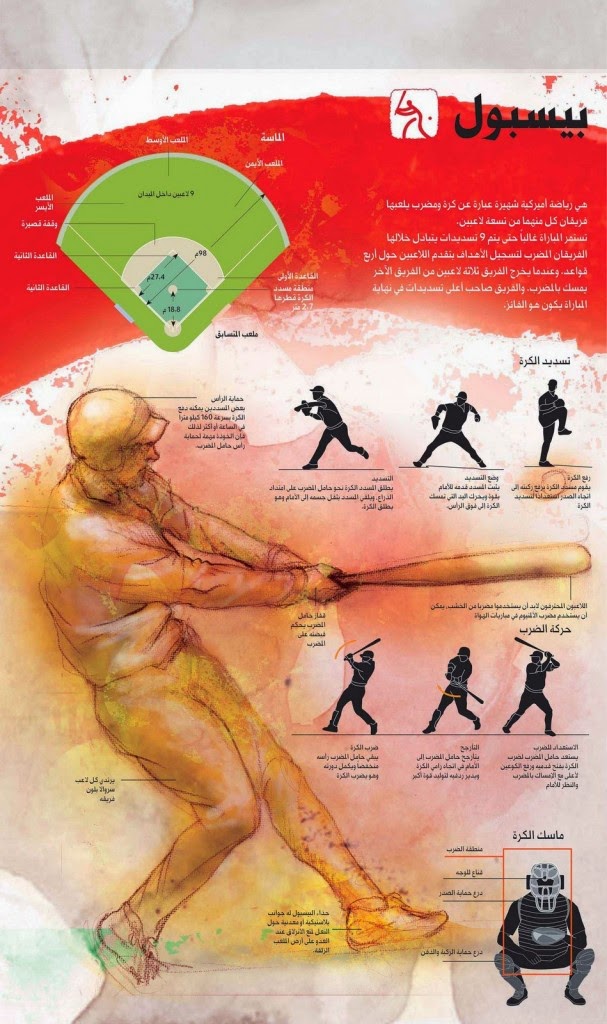 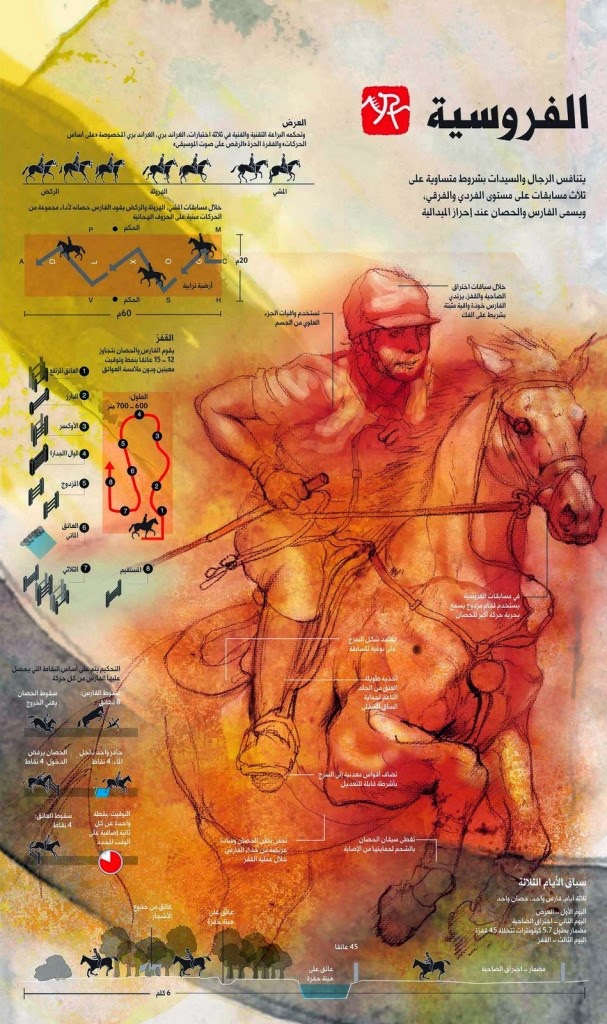