The Lure of Circles

on May 03, 2012
An interesting article reproduced from http://bidevelopments.com/the-lure-of-circles/ 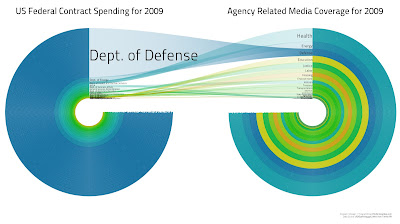 Why are circles so appealing? When it comes to understanding visual data, despite our (apparent) natural inclination to circles, BI professionals routinely reiterate the ineffectual nature of pie charts and circular dashboard gauges.  Stephen Few writes a particularly apt attack on circles in visualization with his articlehere.  What I like about this article is the tone of it.  He writes: "People love sugary candies as well, but we wouldn’t rely on them for a nutritious meal, and in like manner we shouldn’t rely on circles when we wish to compare quantities."


In so many BI blogs and articles the tone is frustratingly dull and dry.  In a field full of visually striking images I am also surprised by the vast amounts of text.  As far as I can tell, BI companies exist to translate text (and data) into a more easily comprehended format.
I guess one of the questions is that of aesthetics.  While a circle chart might not convey meaning, perhaps it is just more appealing.  Not everything that conveys meaning does so at first glance, so the discussion should perhaps be about intention: do you want to make a visually stunning image or do you want an image that quickly conveys data?  For BI software and companies, one would assume that the latter is the correct answer.  However, the purchasers of BI service and software are not cold machines- they are people who respond to color and shape.   Does this account for the inaccurate circles littering BI dashboards?
Compare these two charts.  The first is from David McCandless and was featured on the site Information is Beautiful and became the front cover for the book (of the same title) Information is Beautiful.


Yes, the second chart is easier to read.  But which draws you in, aesthetically? 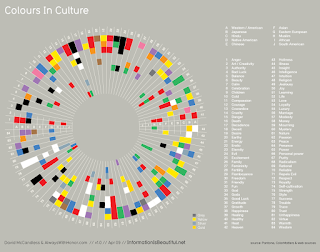 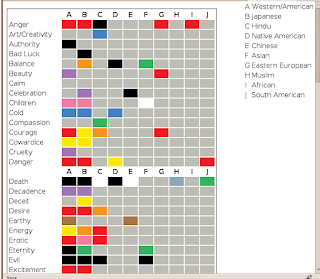 So now I circle back to the question of tone. (Yes, I just tried to blatantly pun.)  When the concern is conveying data, the informationtakes precedence over tone.  While I’m not arguing for the sacrifice of information for witty banter, I do think it is important to convey information in way that is digestible.  Maybe circles aren’t the best suited form for a chart, but if people viscerally respond to the shape, why not keep it on a dashboard in the form of buttons?  Or integrate rounded, dimensional edges to bar charts?  Is there a nice medium to be found that can be both aesthetically pleasing and accurate?

For more on anti-circles, Bryan Pierce of Perceptual Edge adds his thoughts on Stephen Few’s bloghere. He links to this chart as well.  Take a look at the chart (at the beginning of this post) first and see if you agree with his statements.