The Guardian datablog- Data visualisation: in defence of bad graphics

on May 06, 2012
Article as published in the datablog in The Guardian

Are most online data visualisations, well, just not very good? 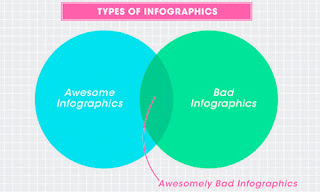 
It's an issue we grapple with a lot - and some of you may have noticed a recent backlash against many of the most common data visualisations online.
Poor Wordle - it gets the brunt of it. It was designed as an academic exercise that has turned into a common way of showing word frequencies (and yes, we are guilty of using it) - an online sensation. There's nothing like ubiquitousness to turn people against you.
In the last week alone, New York Times senior software architect Jacob Harris has called for an end to word clouds, describing them as the "mullets of the Internet". Although it has used them to great effect here.
While on Poynter, the line is that "People are tired of bad infographics, so make good ones"
Grace Dobush has written a great post explaining how to produce clear graphics, but can't resist a cry for reason.

"What's the big deal? Everybody's doing it, right? If you put [Infographic] in a blog post title, people are going to click on it, because they straight up can't get enough of that crap. Flowcharts for determining what recipe you should make for dinner tonight! Venn diagrams for nerdy jokes! Pie charts for statistics that don't actually make any sense! I have just one question—are you trying to make Edward Tufte cry?"

Oh and there has also been a call for a pogrom of online data visualisersfrom Gizmodo's Jesus Diaz:

"The number of design-deficient morons making these is so ridiculous that you can fill an island with them. I'd do that. And then nuke it"

A little extreme, no?
There has definitely been a shift. A few years ago, the only free data visualisation tools were clunky things that could barely produce a decent line chart, so the explosion in people just getting on and doing it themselves was liberating. Now, there's a move back towards actually making things look, er, nice.
Calling for better graphics is also like calling for more sunshine and free chocolate - who's going to disagree with that? What they do is ignore why people produce their own graphics.
We often use free tools because they are quick and tell the story simply.
But, when we have the time, nothing beats having a good designer create something beautiful - and the Guardian graphics team produce lovely visualisation for the Datablog all the time - such as this one.
What is the alternative online for those who don't have access to a team of trained designers? Many Eyes was the big hope, but it hasn't been meaningfully updated since genius creators Martin Wattenberg and Fernanda Viégas skipped off from IBM to Google's "Big Picture" data visualization group. Outside of Google tools and fusion tables the major player is Tableau public, which has the advantage of being simple to use and looks good (interest declaration - I'm speaking at a Tableau conference this week in the US).
And there's a lot of snobbery around. After all, William Playfair was arguably better qualified in direct action than graphic design (he stormed the Bastille) when he invented the line, bar and pie chart in the eighteenth century.
Nevertheless, it must be challenging for people who have spent years in design school to have some punk waltz in with a bit of nouse and illustrator on their machine to produce stuff that people, y'know, like.
Witness the Brody v McCandless face-off (or spectacles-off) on Newsnight, still essential viewing a year or so later.


Maybe there's a feeling out there that more should have resulted from the explosion of interest in visualising data. Creative Review sums it upas the inevitable disappointment that maybe visualisations haven't changed the world, after all. "Data visualisation is no more inherently neutral than any other form of statistical analysis"

"The great hope of some data visualisers runs into the buffers of reality. Yes, graphical invention can be used to explain complex ideas and present detailed data in digestible form in the cause of an argument or political position, but this will not necessarily aid understanding. As newspapers have known for decades, a graph is just another way of telling a story. But whose story?"

For what it's worth, I think having loads of people out there producing graphics is nothing to worry about. Even Wordles. It shows that data analysis is part of all our lives now, not just the preserve of a few trained experts handing out pearls of wisdom. Witness our flickr group - 1,200 people producing graphics every day of completely different styles and - to be honest - variable quality. Bring it on, I say.
No-one likes bad graphics, but in the end the good visualisations will shine through.
references Seen and read