The digital revolution and graphic design 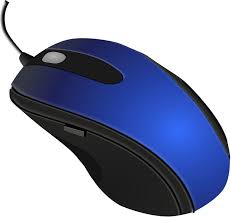 The digital revolution is among us, as a new way of life, the latest incarnation of the industrial revolutions, led by a handful of robust technological empires, ones of which, it turns to happen, is Apple Inc., the sleek design company founded and nurtured by S. Jobs. It might be that each one of these companies focused in turning upside down an aspect of the world as we knew it, and as only few could foresaw. Apple, it tells the tale, focused on giving the new wave of changes a face. A graphical face. It wasnt supposed to be like that necessarily, but an embattled path in the midst of an industry coming of age, and a serendipituous endeavour of its idolised creator were circumstances that joined together to make it in that way.


Guy Kawasaki is a technology evangelist that worked in those days at Apple, who gives insightful talks and consultancy for technology start-ups; for him; “desktop publishing saved Apple. The long flirting of Apple with the world of aesthetics and design is called to mind when Steve Jobs himself, in a speech at a university graduation, recalls his days learning calligraphy, part of a series of nodes that, according to him, didnt make sense at the time, but much more later. And that, is at the core, the fulcrum of the graphical revolution that Apple proposed to the world in the 80s and 90s.


Full forward twenty years, and anyone with a computer and a decent aesthetic sense can play the role of a designer without investing to much o a learning curve in the way. Even more, there is the notion that design is a secondary thing. Design, it should be said, that is made to be printed. Printed design. Desktop publishing! On click away, and no more. Which bring us to designers, making as easily as that a minor piece of the clockwork. Designers were, thus, among the first casualties in the series of technological waves that have been transporting jobs from the employees to the machine operated systems.


In that sense , the desktop publishing has been a blessing and a course.

But is more pernicious effect wasn’t the job loss but the diffusion of this idea that design as an aesthetic or visual value, wasn’t much of a deal, instead of the empowerment vision probably dreamed by some of the creators at Apple or Adobe.


Certainly, it has been a wake up call for design to approach beyond the usual and artificial divide of ars and techno, the strongest pockets of design practicians are the ones in UX and HCI fields, which have to deal with the day to day implication of interacting t with the myriad of device that hour to hour basis common persons use.


But that does not worries much to the common man, as do the news that each time more complex artificial intelligence systems are taking away jobs in a pleyad of industries, from factories to bank tellers, bringing unemployment storms in different societies and countries.

What, then, is the future designers should expect?

None of this had even a hope of any practical application in my life. But 10 years later, when we were designing the first Macintosh computer, it all came back to me. And we designed it all into the Mac. It was the first computer with beautiful typography. If I had never dropped in on that single course in college, the Mac would have never had multiple typefaces or proportionally spaced fonts. And since Windows just copied the Mac, it’s likely that no personal computer would have them. If I had never dropped out, I would have never dropped in on this calligraphy class, and personal computers might not have the wonderful typography that they do. Of course it was impossible to connect the dots looking forward when I was in college. But it was very, very clear looking backward 10 years later.

Again, you can’t connect the dots looking forward; you can only connect them looking backward. So you have to trust that the dots will somehow connect in your future. You have to trust in something — your gut, destiny, life, karma, whatever. This approach has never let me down, and it has made all the difference in my life...."

Guy Kawsaki on the art of innovation:
https://guykawasaki.com/remarkable-innovator/
https://edtechteacher.org/guy-kawasaki-ettipad/
"(...)As an innovator, you may think that you have in mind an exact user or customer. However, the discovery may be that an unintended user uses a product in an unintended way. Think about curriculum and content. Innovation is difficult, so even if the product or service is embraced in an unintended way, embrace it. As an example, Apple survived because of Aldus PageMaker. It was not an intended plan. The market decided that Apple existed as a desktop publishing machine rather than a word processor or spreadsheet generation tool(...)".