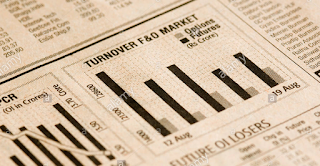 We have talked in other articles about the nature of the informative image, specifically in the way it is perceived as inherently being "information", instead of a container for it. This somehow, curiously, could be equated to the old notion of "aura" that Walter Benjamin attached to the unique object in the era previous to the invention of mechanical reproduction. Erwin Panofsky divides his approach to the meaning of the image in three levels that grow in complexity and go from the abstract to the general. From the object to the contextual, from the merely representative, the shape, colour, size, the formal description of the piece to the deeply symbolic, in a progression built on the basis of the data obtained from the image, its author and its time. It is in this sense that this approach becomes particularly interesting when we ask ourselves how to apply to an infographic. Although not "art" in capital letters, the infographic corpus is filled of images, and is, for the moment, more art in the medieval sense of the term, the domain of trade and a technique.

McLuhan says the media itself has meaning. An electric bulb, the printing press, the television. The media are more than media. Paraphrasing Bruce Lee, content is like water; if the content goes to a jar, it becomes the jar, if it goes to a glass, it becomes the glass; while maintaining its essence, its shape flows according to the container. And the container is the media. While the cryptic writing of the Canadian expert can lead to divergent interpretations, the idea of the importance of the media in the delivery of the content is clear. The media tells the others who you are, and what to make of what you are saying in the same way non-verbal communication does. The very idea of content as an amorphous term tends to flatten its diversity and part of the value. The informative image. In that sense, the chart Charles Minard made of the Russia Campaign, and the graphic about Maradona goal have the same spirit, they are a journey, they are a path that is a story in itself.

In a society where most gadgets are accessible only and only through an interface, almost always graphic, one claims to be "visual"; the presence of the graphics, communicatively totally justifiable, could also be considered a symptom of this anguish of being noticed and delivering fast in the communication, virtues that are attributed to the image above the text.

The digital, the technological, is part of the new quadrivium to be taught to everyone in schools and learning centres of all sorts, working as a companion, as a vehicle of information, and even more of the almost immediate, ubiquitous information, consumed with fruition-daily, hourly-signalling the transition from the print, and from all the structures that MacLuhan attributed to it in the Guttenberg Galaxy. By this time, we have bypassed the TV, but the TV set found its own niche beside the print and the radio, being more of a group meeting, attached to a physically static device, establishing the notion of 'event television'. Maybe in these succession of media changes, the "mobileverse" has more in common with print that we think, while the upcoming aural media wave, leaded by Ai assistants as Echo, Alexa o Cortana, has more in common with the radio and TV as "hot" media, in that sense the culture of print and the digital mobile has a linked relationship, of two cultures or technologies, one the child of the other.

Nevertheless, the role of the newspaper as 'the' medium as 'the' channel of information, as such, is questioned; to what extent it is still to be settled, because although it is true that more information is consumed through the web, the web still produces information too uncontrollably, from a each time more ephemeral news cycle, to fake news, passing through to AI generated videos, and due to the growing phenomenon of digitization of information, where you do not know who is behind the information or if it is true at all in the most basic sense of the term. While the newspapers are far from perfect, this sensation of obsolescence that is felt in a medium that traditionally became a vehicle of information, paradoxically, causes it to be questioned and perfected more quickly, the design is sophisticated, the quality of print the best ever, all while trying to assimilate concepts extracted from other fields, thinking about how to engage more with its readers.

Although the role of print is affected in its totality, from a more detailed point of view, the very nature of the print and the way we see it is being changed by the digitisation of production processes; the new communication models proposed by web design first and later mobile design (concepts such as navigation, icons, informative graphics, etc.). However, tangibility and materiality are under-the-cuff assets for print to stay with us, beyond the pale flatness of the bright screen. Would it be enough for the industry? Anyway, the nature of communication, information and the image will take paths that for us are still new or even more unknown, maybe not in the spectacular way of the exterior nature of the image, but in the more subtle way of the interpretation, understanding and meaning creation.