Uncertainty notes (1) #Do what you can't, 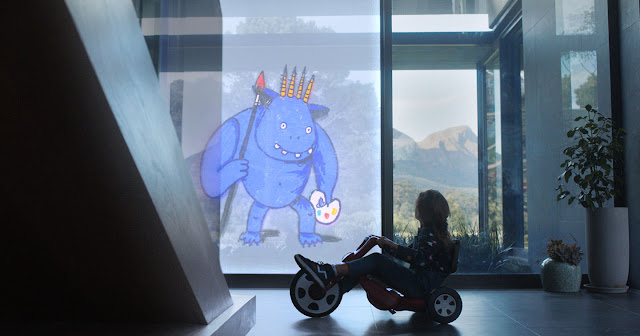 With the pandemic swapping our daily routines, what was of common sense before is now a paradoxical place. From cloning to virtuality to weather, the world is changing, and many of the cultural ideas we learnt to believe are changing to adapt to the new times. What we judged to be obnoxious might become useful, and we are not sure what to condemn and what to praise.
Que sera, sera/whatever will be, will be/ Que sera, sera...
why does Samsung take it as an anthem for the future they propose?
Curiously enough, that this song (Que sera) was used in one of Alfred Hitchcock's movies, a director who pleased in the suspense of the ephemerality of happiness as a preamble to the thriller action. The song is a cheerful yet little unnerving take on uncertainty; one of its lines is literally “the future's not ours to see”: maybe they have made an involuntary statement; for all the amazing and captivating displays shown in the advertising the future, it has a mixture of endearment, thrill and inquietude. I think in doing this, it successfully catches our attitudes about the future, the hope and the fear, subtly intertwined, silently coupled in our dreams and nightmares.
One small, brief moment of the initial scene in this Samsung's ad, with the child riding the small tricycle reminded me -with some stretch arguably- some of the ones in "The Shining" of Stanley Kubrick, where the child finds at the end of the passage the two twins. In the ad, the girl finds a monster, although a digital one.
Is Samsung's vision a brilliantly utopian or subtly dystopian one? Which interpretation should we take? Could we exaggerate and say that is not relaxing the fact that one of the world's leaders in technology tell you “the future's not ours to see”? Let's stretch the facts a little, for the sake of argumentation. After all, artistic inventive thrive in ambiguity, fascinated by the multiple options it contemplates in the same way a child contemplates the tempting opportunity of a trail of variously flavoured desserts.
“Whatever will be will be” implies certain determinism about time and future, but also the allure of ambiguity and uncertainty. But it also tells us to "do what you can't", to dare. Since we do not know, we can guess and venture whatever we want.
The second scene shows us a young man designing a dress in a big mirror- screen, using his broad arm gestures to move and manipulate the digital blueprints. The dress then is contemplated, in another place, a street, by a woman that sees in, again, a holographic screen, herself dressed with that very same design. What is the art humans living in that world will have, in a world of screens, social platforms and virtual currencies? How they will create, sing and dream? What will and what will not change?. Only future art historians will tell.
After that, we see a man drawing with a stylus on the shiny screen of his tablet a design that we see is replicated, via a robotic arm, as a tattoo on the back of a woman placidly seated in another room. One of the most aspects of the future is how it will develop in the way of what will be defined as an accepted norm.
Next is a scene where a happy same-sex couple, embraced in the calm of their home, using a mobile, can do a fetal scan of their upcoming child. Talking of privacy, people don't like change says the adage. For historian and writer Yuri Harari, for example, privacy will be surrendered in exchange for health, providing our physical data in return for medical assistance of a quality never seen before, from non-invasive diagnostic to nano-robots entering our body.
Closing the ad is a scene with a multitude of people battling a virtual giant via augmented reality, and is hard not to project at that moment the fears raised about privacy and surveillance in different contexts but especially at a social level, as technology makes people from different backgrounds contemplate a looming ghost of a big brother, something described in many works of art, from Orwell's 1984 to Wachowky's The Matrix.
We of course, maybe now more than ever, should take a look at the past. What happens in times of big changes?. It is interesting now to witness first-hand how certain knowledge might-again, allegedly- disappear. Historically, we have seen many times the evolution of styles in different times, seeing the loss of skill and craft from a golden age of a culture to its virtual decadence. That is the loss of knowledge. Nowadays many technologies are changing so fast that newer generations can scarcely get a grasp of it even for general information. I wonder if that is how knowledge has been lost before, from the slow change in the classical sculpture evolving to the more schematic early Romanic art. It is astonishing to compare the slow transformation from the chiselled profiles of the emperors of the Antonine to the bold-eyed colossal portraits of Constantine the Great. Is that an evolution of taste or a loss of knowledge?.
Que sera, sera? we do not know but what we know for sure is that whatever will be, will be.
After all, the future is an open country. Isn't it?. 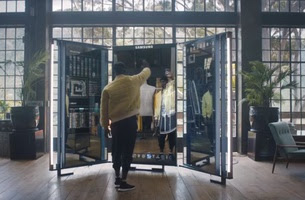