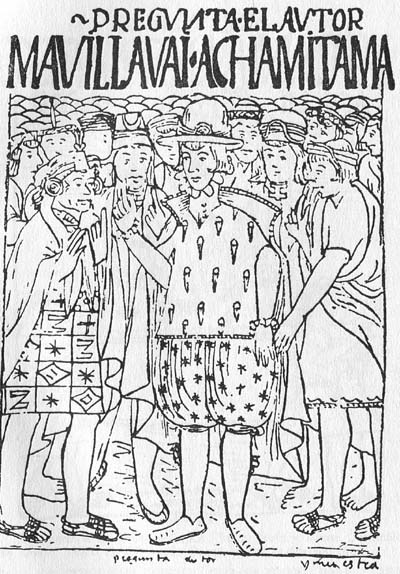 Shinny, polished, colossal and steely sculptures that resemble thin plastic ballons, porcelain ballerinas or flowered puppies, stand as imposing icons of art-or ART, should we say- in the most renowned cultural venues of the world. They are the works of the worldwide-famous Jeff Koons, who is, arguably, one of the cornerstones of the contemporary art world, and maybe more importantly, of the art market itself.  As we know, Jeff Koons hardly puts a physical hand in his works, he conceives them and afterwards put them to work through industrial workshops of artists and technicians-as required- with fully-qualified training and craftsmanship, which act as operators and vehicles to the realization of the mega-creator's vision, heir to the genius of the Renaissance but also de inventors of the early 20th century. Certainly linked also to the entrepreneurs of our day,  to the idea of ownership, of intellectual property and therefore, because of this, to economic systems.

The inventive and consecrated filmmaker Quentin Tarantino said in an interview that Terry Gilliam advised him to not worry whether he has the technical knowledge to realize a movie; other will do that for him; he should just have, must have, a vision, clear and sharp, that guide his whole enterprise. This is very similar to Steve Jobs, who without being a programmer create the device and the system that somehow started the mobile revolution of our days. That is how powerful a vision could be.

On the other side, while a craft without a vision is nothing but prosaic, an idea without tangible presence is a tree fallen in the middle of nowhere; and as such, does it exist?. As many people in the venture capital and start up business know, execution matters. Ideas are good and great, and probably is you have a good idea, probably someone already has thought of it. If the person who conceived it is not the same that draw and wrote it, then, who is the responsible for the final result? And authorship is also about power. Who is to be named, credited.  Not to be left unsaid that the notion of author is also linked, historically, to who can be an author,who belongs to a group that is allowed to speak.

Going back to the previous example, Terry Gilliam himself is an artist, and although his most famous work is realized in film, his visual acumen and experience as animator for Monthy Python should be taken into the equation.The same can be said among historical cases are Rubens-whose workshop's works populated the courts of Europe-and of course, and of Bernini, the director of the mega-studio that Roma became in time of the baroque popes. Rubens spent his youth learning his trade in Italy, while adapting As also are Michelangelo and Borromini. What is an author? What is the value of the idea, confronted with the object? What is the value of a principle against its incarnation?. If any “text’ or “message’ is nothing but the accumulation of collective knowledge, delivered through the circumstantial idea of the author.

Creation is a connection to a vast field of collective knowledge set against the notion of authorship  as a power structure, delimiting the interpretation of a work of art. But is true that tangibility is important. That is why institution have heads officers. If everything is subject to interpretations and we can not know the world but through them, them every work of art is a meta-interpretation, an interpretation of an interpretation. But in another level, since both the author and the reader, are in the same broad category-they are persons, humans- they relate to content in the same approximate way. This is different from interpreting our dialogues, the sunset, the world.An artwork is a construct, in the same way that a signage system is. As we know, Bernardo de Murua contracted many indigenous painters to illustrate its works, among them, probably, Guaman Poma, as one of his assistants. Or should we say artisan?. Who are the persons working for Koons? Or for Hirst?. Is that important?

Then there is the case of the painting made of  William Morris throwing the Abramovich's yatch for the UK national pavillion, check the article, whether it is not a just an executor, Miguel Angel renditions of the cosmogonies were different like the one of the Flemish Claus Sjluter sculptor and Leonardo itself, different renditions in composition and execution, not necessarily the meaning or the idea but the set up if wanted, like Bernini and his David, the form and the shape was a discourse in itself. The mastery of the craft was part of the meaning as it changed it. As museums show us two person can conceive the idea in the same terms and the renditions be so different, one can be prosaic and the other a piece of art.

Knowing an artist, tragically, adds so many information to the way you can know the work and what is behind it. And I say tragically, because there are many works of art about whose authors we know, literally, nothing. So these are two different experiences. But the artwork is as necessary to understand the person as the person is needed to read the work.

The experience of an object or performance or idea as a stand alone entity, and the experience of this entity as a product of a creator (author?). In the first case, whether the author is human or not ends being irrelevant. Ultimately, the demise of the author is inevitable, lost among identities and distance in time. In the second case, we contemplate the idea that every artwork is in a convoluted oblique way, a self-portrait. A code that can only be cracked knowing the author.