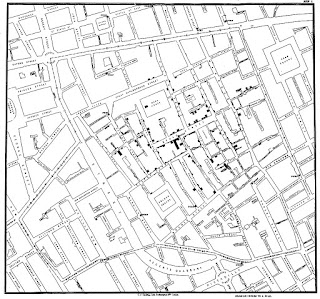 I just saw a picture of a conference where they said that the image was related to long term memory and text to short term memory. I relate this to the fact that the image conveys more information rapidly. The text is a large chain of meanings being decoded linearly. The image conveys a lot of information in a small time and appealing to our visual comprehension, the one we have most developed (we are not so good at smell and audition as other species). Therefore, the easier to catch, the easier to remember.


There is a caveat also. Being the image simultaneous, there is a limit to what we can apprehend from it ( it is our limitation, not one of the image). At a certain point of complexity, an image can be digested trough levels of visual understanding and segmentation.

Do you not find boring some topics? The lady asked. I told her it is the act of making them clear that interest me.
Infographics are each day more common in our vocabulary. Why?. because infographics are useful for understanding and communicating. Seeing is believing says the old adage. Through understanding something, we can visualise and therefore produce a graphic. As they say, if you can't envision it, you can't understand it ... and probably you need an infographic.
In trying to understand something, you can visualise it and therefore, create a graphic. And then, show and communicate it, making it understandable to others.
Both steps have tricky parts. The first one is all about understanding rightly, and the second one,  cutting off ambiguities, in order to show it to others.

There is the question of the moving image as well; a linear (most of the times) narration made with images: kinetic? Visual? Storytelling. Although this reflection can take us as far as to the opera and Wagnerian total works, we should just approach this question and adapt our analysis in relation to interactive and digital, for this kind of graphic make use of the so-called fourth dimension: time.

All these channels have to be considered through the information theory; the channel of information have a limit, the receiver also has a limit to decodify. How can we manage those limitations to achieve our communicative purpose?