The frame: The image as a kinetic moment. 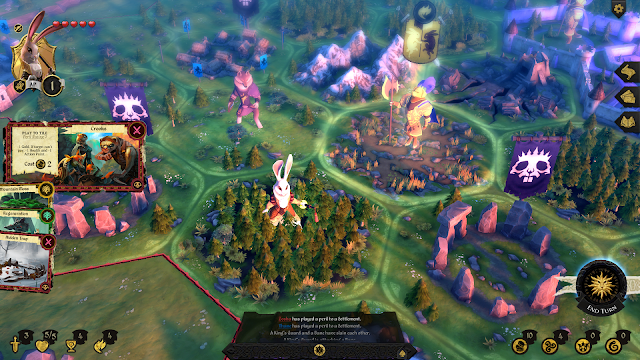 It is a vibrant blue night of  a resplendent full moon. I run and run across the ruins with a sword in hand trough the corridors of the castle, huffing and puffing. I found a coffer in the middle of the piazza and open it with my sword. I gain 300 points. I keep running, but my stamina is dwindling, and I run slowly while the countdown clock arrives to 0:0.0. My time is due. Game over. The screen just pop up a one-word-question of Hamlet-consequences: continue?. Yes. Press A. No. Press B. Time is running. Start again.

One of the best books  I have read about this aspect of artistic creation is in my opinion, Opera Aperta of Umberto Eco. The work touches a pain-point in the creative process; how to prepare your artwork to adapt itself to the interrogations of unexpected viewers/readers/listeners that will interrogate the creations and exhaust the answers it can give, almost to the point of being a creative machine, a piece that replicates the creative act at the moment of being interacted with.

Such an endeavor requires a hard time designing a chess-like plan, guessing possible variations and  dead ends, a work as much of engineering as poetry, which in other words could be said  a work of world creation, as the modern industry of entertainment have discovered in the latest of the genres: the video-game, including architectural and landscape design, character design and storytelling , they are complex pieces of art.

We are not short at all of examples of this type of construction in the world of literature: from Sterne, to Cortazar and Milorad Pavic, literary works have played around with a more ludic approach to storytelling: episodes that can be chosen, that can be rearranged and give place to new versions of the same story, to the more commercial choose your adventure, and also about ergodic literature?. However, this aspect was difficult to translate to a visual equivalent, because lacking of a temporal dimension in the case of the painting, or a degree of interactivity n the case of motion images. But the video game changed that.

An arcade game could be as linear as a traditional tale,assembled as a succession of episodes in logical sequence, one stage after another configuring one and only path traveled by every player that ever plays such game. Other case, of course, could be the one in which each opportunity the game take a different sequence, but even then, to avoid conceiving the chaos of such experience, the sequence would be formed by sections, modules, pieces that have to remain recognizable at certain level, although the overall view is nor the same not the organization as a whole. An structured path forms a game, with its own rules and development. The role playing games (RPG) look like as a starter kit for storytelling; they get you the pieces, very detailed, and you improvise on them. There are things you can and cannot do, but the spine there gives you room for interaction.

What is the boundary between-and within-the fragmented narration?, with its natural and a realistic degree of  disorder. And beyond that is the amazing horizon of world creation, which before was just a prerequisite structural of the author but  has become a feature of the experience of the game to the point of exhaustion, a world that can be explored to non end, infinitely., a kind of flowing and mutating dictionary that activates trough every interaction, like playful legislation of an imaginary world.

So for a creator, to design the "game" experience, there are two levels: the overall structure organization and the parts, and to make successful a non linear tale, I think is needed to maintain a level of stability in at least one of these levels, both articulated by the aforementioned guides, which sort out characters, relationships and situations, in this order-or another, according to the very personal process the creator has.. But, we could ask, how much wanted is this interactivity for the creator to still claim ownership for the work of art?At the level of the pieces, an structure created should be consistent and with a degree of autonomy that allows it to join each different piece across the whole structure but at the same time maintain identity, not only of the work itself, but of the creator that make an imprint of personal identity on it.  How can we subtract ourselves from the dissolution of our idea in the multiple readings of the readers, so our idea can still be what we thought first? So while video-games were born in the screen, they inherit structures developed long before they were conceived but made possible for them to be so.

In fact, screens might be our access to connections between each other. But the nature of the screen made it necessary to make it visual every aspect of what was implicit in games or stories built before. A plot is underlying its structure, but the game is formed, like any other plot, linear or not, by micro-moments, in the same way a stand up comedian divide its act in small parts, pulsating each joke by the interaction with the public. e many elements this situation gave birth, I only want to focus in the micro-moments.

Artists and creators have been familiar with these question and this ways of working since the beginning of art and game, so there is no surprise in finding they applying these methods when approaching the new challenges brought by successive technological revolutions, an approach that nowadays is known in the world of design as gamification-the idea of approaching every design of products and experiences as a game, sweetening the user to get an action or change.. The world of our days is full of screens, from the mobiles to our TV sets at home to our desktop at the office. They keeps us connected Although there is probably many elements that can be pointed out as product of this, such as the progress bars, avatars and companions, I want to focus here in the interstices of these experiences, the transitional moments that disappear so quickly, we get bewitched by the purpose they are designed for; to maintain our attention while the machines are crunching number behind them.

The micro moments, maybe and at first, are all. Your interaction with your apps is made as well, of micro sessions held along the day. and that, that is another perception of the image.

Your app is made from micro-moment, a chain of questions for you to answer with a swap, a click, a slide

Metaphorically, the "frame" is also a mental space related to the science of knowledge. The frame, under many names, is in vogue now. Nowadays this kind of image is more present than ever, thank to the GIF format that allow looped images to be sent via mobile applications (short looping videos also make the trick).

But also because the devices that we use everyday have that kind of sequence, the same animations of elements activated now and then in a rather static image, which is the interface itself. Within a static context, a lengthy evolution.

Some of the art we make in the future will appear maybe from this elements. A moment, frozen. Such is the nature of the looping GIF, made of pure movement but trapped in the repetition, like a captured piece of time in the hands of the image, a cage of light,shape and color, and a fleeting meaning. A moment detained in time, frozen, for eternal consumption and contemplation, a mental space for visual poetry. A new symphony, a sequence, a narrative, no explicit, a musical approach to stories, ethereal, vague, non direct, so non linear tales or narratives. Maybe a new door to express ourselves in the new times.