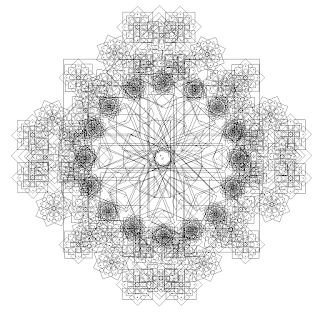 The Red Violin (1998) is a movie about the sough-after violin made by Nicolo Bussoti, an object that travels across different eras and places until the contemporary times, meaning different thing to different persons, who however have in common the appreciation of its beauty and use.
War spoils are as old as man, and the errands of the most valued objects of a society are various, from complete, intentional or accidental destruction, modification or alteration, to adulterated conservation.
From these  troves of objects royal treasures were born, and after them, the wonder cabinet-with the purpose to illustrate and marvel, and later on, the private collections and the public museums. All this endeavour have a latent thread: these objects, products of refined artistry and technique as well as luxurious material (sometimes), are a emblem of the human ingenuity, and as such, this reasoning goes, they can enlighten future generations, for which we preserve them.
But who are we? Is there a we? And who benefits, now, from these objects? If we continue with the previous argument, these objects belong to the whole mankind, and as such any individual should have the right to access these collections and museums, regardless of their nationality. However, tele-transportation is still not a reality and it is easier for an artist in New York, London or Paris  to benefit from the amazing collection of objects treasured in the museums located in these cities.
Cases such as the Benin bronzes or, for the case, the (Elgin) marbles of the Parthenon, or the Ishtar Gate has placed in the spotlight the bloody, chaotic and irregular origin of these collections of enlightment and contemplation. However as things go, it is significant to be able to contemplate works of Leonardo in the shores of the Gulf, as part of the collection of the Louvre Abu Dhabi,criticized by some as a mercantilist experiment of cultural branding; these critics, however, we could argue, ignore the tumultuous, random, flowing nature of culture and history.
They said the new museum is built upon a vacuum of sorts, in the middle of an artificial place. But that, seen from another point of view, could be its principal quality, as this tabula rasa condition could favour a more neutral environment for a more expansive discourse, as we will see.

Comparisons are used to rank, to rate, to quantify and qualify. Is this better than that? Which one is the best? The wider? The record achieving one? Is this one the best ever? (this last one an expression designed to irk anyone with an acceptable grasp of history). Do not compare, we are told. It is true that in a world of records, of top charts and top tens lists and rankings based in comparisons, could make experiences meaningless if they are not part of what numbers rank as the top of the tops of all-ever top lists. The best-of-all-time-ever.

But comparisons can have a more enlightening purpose.

Anchored in the calm waters of Abu Dhabi's Saadiyat, a mini-cultural port, a floating city deposited in a building that has succeeded in being a tourist's attraction by itself, the vision proposed by the Louvre Abu Dhabi Museum is an embracing one, a view that gives us a glance at the development of humankind as a whole, bidding for bread of understanding above specific depth. And while is not the first time a museum has proposed a global vision for the development of human civilisation, the one in the Abu Dhabi museum feels an updated and refreshing one.

This is a vision, of course, that has been nurtured by the knowledge contained in thousands of objects from civilisations across the world, gathered in the extensive collection of the main venue of the Louvre in Paris, which is in itself a city of museums, three, four, five or six museums in one, such is the immensity of this collection of collections that expands room after room of aggregated history, from the forgotten civilisations of Egypt to Republican France. Concretely, the museum builds this panoramic understanding showing us the connections that can be seen through art and culture. That is, through sensorial and symbolic manifestations.

The museum makes the essential step of relegating geographic segmentations that disturb the perception of a connected world. A vision of areas separated by geographic regions or old historic periods, while allowing a more detailed view of the inner working of a specific historical dynamic, could lead to a static and compartmented view of History, that can only be avoided by a permanent calibration of your memory to locate different milestones in the history of mankind (was the fall of Granada before or after the fall of Constantinople? Fifty years later? What does that mean in terms of the speed of the 15th century? Who was ruling China or India at the time? Were the Mayas already in decline?).

We said dynamic, and that means movement and connection. Enlightening comparisons are the core of the exhibition, and there are many instances of this approach that are great to make the great public understand the vision behind the collection. In this, the Louvre succeeds placing, for example, side by side a Quran, a Bible, a Torah and a selection of Upanishads, illustrating with this delicate and beautiful objects the longing of man for a transcendental existence. Or when placing the heads of two Buddhas statues, adapted to the local facial type. Or the Phoenician sarcophagi. Or the Portuguese traders depicted on a Japanese wooden screen. How are we seen? How do we see others?. Is our experience the same?. And as the globe became more connected by trade and mobility, our experiences reflected that. Our answers were similar without we know that, as we started relatively isolated in different regions but confronting basically the same experiences: the invention of writing, the discovery of agriculture, the rising of the cities, our conceptions of afterlife and the way we organise our societies, and our definition of every stage of the human life. Who are we? Why are we here? How long will we be here? What after all this?. And more importantly, why?. It is one thing to talk about these things with your friends or your neighbours or with every person who thinks in the same way you think, to believe you are in the right reasoning, as the infamous echo chambers of our online algorithmic world have made evident. It is another to see the experience of people who have different answers to the same questions, and this museum shows us this in an enriching and illuminating way.

And this approach works because, in the end, the same basic questions of identity, belonging and understanding that today puzzle us, puzzled the bearded Sumerian watching the stars from the now ruined towers of Mesopotamia.

We try to answer our emotions by talking to our perceptions. And that is important, because, we could change and evolve across technologies that get obsolete and fashions that decay after some years, but the common questions about how we see and contemplate our existence in this world are still are a common link that travels through years, places and styles.

Art enhances an object giving quality to its sensorial presence. This knowledge is valuable to anyone, but especially to people working in the visual fields, as it allows them to have conversations with people who have had different or similar ideas in different ages. Art is at that point, a kind of philosophy. Even conceptual and performance artists need a tangible record or material that stand as witness to their actions. As we need our bodies to interact with the world, objects are vehicles for ideas and experiences.