Trying to explain my practice (2) 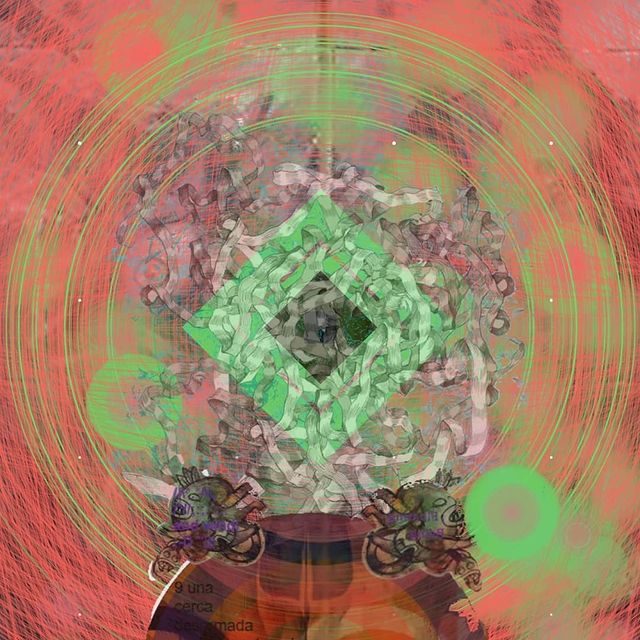 The original question is why? and who? As in who-are-you-and-why-to-exist-if-you-are-gonna-die-anyway; the search for answers can lead to many places, some common, others, unexpected.

Sometimes it is so easy to disappear.

What holds you together is your point of view.

If there is nothing new under the sun, why do anything at all? Why add noise and redundant objects to the world? Apparently, for all this questioning, there is a small catch: nothing is new, yet nothing lasts forever and, who knows, maybe it has to be done again. Yet if you can't bathe twice in the same flowing river, then how can you rebuild something? And then, and only then, it is then that noise, joy and distortion appear, inevitable and welcomed.

In the game of inclusion/exclusion, hierarchies play along in the world, always based on different criteria. Power dynamics and relationships forge identities.

An individual can have multiple roles- perhaps in the same day- in every scenario, a different identity, all of them belonging to one point of reference: the own self. The world is a theatre of changing roles, a carnival and a game. Once in there, what holds you together is your (ever-changing) point of view.

OOP: Object-oriented practice. Images are catalysts for meanings. At least, that is how I see images, especially the ones I make, and I point this out because making, marking a signal, a trace-the line, the drawing, the video, the painting- as an attempt to register the existence, the will, is crucial to the impulse.

OTI: open-to-interpretation. Once finished, I wish for the images a long life and for that, I should not constrain them, as they are somehow open to interpretation; certainly, I can give the starting point of the how and why I made them.

AS IT IS: Yet, I confess, anecdotal emotions remain very much the motor force behind my process.

Because of the original question, hybridity (who-are-you?) and ephemerality (when-are-you?) are ideas present in one way or another behind most of my works.

For example, when describing the Latin American urban identity using collage and elements of Peruvian baroque-a translated style seen as an act of mimicry and sometimes wilful misreading, a negotiation with the Western tradition in the shape of perspective, chiaroscuro and figure drawing.

INCLUDING BUT NOT LIMITED TO: other topics are the desolation of urban life, the artificiality of history painting, the disconcerted nostalgia of the migrant.

From there, the work goes to the noise and randomness, but also a contradictory need for control. How do these urges dialogue?.

Ephemerality. Sometimes the very notion of historic references leads to this concept, sometimes is the material support of the work (paper, clay, cardboard boxes, collage), where only the record, only the documentation, the vestige, and the signal are witnesses to the process, to the action and the movement.

Hybridity and ephemerality affect the meaning of the piece (since not everyone has the same references to deal with the intentions of the work and interpretations change as you change). Hence, sometimes, the masks and goggles act as superstructures, a scaffolding of identities/faces- but also understanding(s) -through the eyes, since “seeing is believing”.

As the structure/system/city/imaginary world/theatre, designed to be in balance, is unable to reach a clear definition by the imperfect set-up of one or more of its elements, the quest for meaning becomes more urgent. Scribbles, recycled cardboards, collages and screenshots come to the front as decorative, meaningless, irreplaceable human enterprises.

As the doctor advised: meaningless, polyphonic chaos. The image, a creative flow captured in a cage of light, colour and movement. Noise and randomness, but also, as said, a contradictory need for control. Sometimes it is so easy to disappear. What holds you together is your (never static) point of view.